Have you lost your C. M. Russell High School class ring? Have you found someone's class ring? Visit our Rustlers lost class ring page to search for your class ring or post information about a found ring.

Passed away in St. Cloud, MN after year long battle with cancer.

My brother died of a self inflicted gun shot wound in Reno, NV at his appartment. We had no knowledge of his burdens and were deeply saddened by his passing.
Submitted by his sister Janet Sidebottom class of 1979.

Chuck passed away as a result of a brain tumor. His Celebration of Life was July 26. You may remember he married his high school sweetheart, Shelley Barber. She and his family were at his side when he quietly passed at his home in Great Falls. He will be greatly missed.

Connie married Wayne Peschel. After he passed away, she married Daniel Bollich. They later divorced. She has four daughters and one son. She also has one grand-daughter and two grand-sons. Connie was found at home unconscious, later they found she suffered a brain aneurysm, she never recovered.

Passed away a few years ago. I believe it was heart failure.

Denise, 54, passed away on in her home from complications of a pulmonary embolism. Denise graduated from CM Russell High in 1979, went to Montana State University in Bozeman, MT from 1979-1981; then on to The Colorado College, in Colorado Springs, CO 1981-1983 to attain her B.S. in Political Science. She was accepted to Pepperdine University School of Law, in Malibu, CA and earned her law degree in 1986. She was admitted to the California Bar 1986 and the Montana Bar 2004. In June of 2003 Denise moved back to her home state of Montana when her father, John Rothwell fell ill. She worked at Bronson, Luinstra, Rothwell & Young (previously, Alexander, Baucus, Paul & Young) in Great Falls, MT from July 2003-January, 2008. It was then she opened her own office, Rothwell Law Offices, in Great Falls from January 2008 until her death.

Denise’s greatest love and passion was Great Pyrenees dog rescue. She owned her first Great Pyrenees while living in California and was hooked on the breed. She always owned at least two of these majestic ‘gentle giant’ dogs and started working with rescues. She spent many hours finding foster homes for the dogs that she could not care for herself.

A Celebration of the Life and Times of Dick Kildahl

Dr. Leonardson died in a small plane crash a few years ago.

Howard died in a motor vehicle accident in Great Falls, I am sorry I can not remember the day but I believe it was within the last 2 years 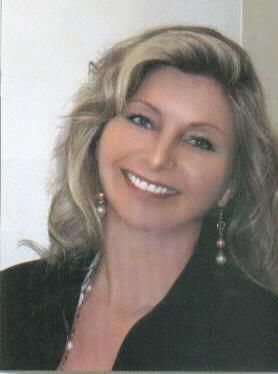 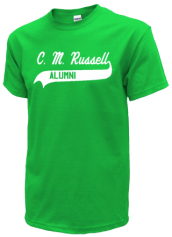 Read and submit stories about our classmates from C. M. Russell High School, post achievements and news about our alumni, and post photos of our fellow Rustlers.