Have you lost your Brunswick High School class ring? Have you found someone's class ring? Visit our Dragons lost class ring page to search for your class ring or post information about a found ring.

Arthur Day
Class of 1974
Navy, 9 Years
Served 9 years in the Navy then 7 years as a DOD contractor.
Report a Problem

Dave Baldinger
Class of 1986
Air Force, 19 Years
Entered the Air Force in 1988 as a crew chief on Kc-135 A/R Stratotankers at Loring AFB, ME. After closing down Loring in 1994, I moved to Offutt AFB, NE to fly the E-4B National Airborne Operations Center. 1997 brought a career change to flight engineer flying the C-5 A/B Galaxy at Dover AFB, DE. In 2006, I applied for Presidential duty at Andrews AFB, MD where I am currently flying AF 2 missions on gulfstream 3's and 5's.
Report a Problem

Debra J. Nellis
Class of 1976
Navy, 20+ Years
I started out as aircrew on several different platforms. At about the 12 year mark I changed my rate to Legalman. I retired 2006 as a Chief Legalman (NAC)
Report a Problem

Herbert (AKA: Ted) Young
Class of 1959
Air Force, 20+ Years
Retired as a Major. Served two tours in SEA
during Vietnam war. Majority of tours were in the
Intelligence field.

Jacquelin E. Williams
Class of 1960
Army, 20+ Years
Joined 1973 in Military Police(95B) was one of the first females to graduate as an MP. Stationed at Tripler Army Med Center in Oahu, Hi. 3 mo on Guam bringing refugees out of Viet Nam. Ojt'd for Data processing(74F) TAMC, went to San Antonio, Tx than back to Hi to Intelligence Center of the Pacific at Camp Smith, Pearl City. Than back to the states, retired August 1st 1998 as SFC(E7).
Report a Problem

james heard
Class of 1978
Navy, 17 Years
I am on a t-aoe 6 supply ship we deliver what the ships need from bomes to beans and fuel mail too,all they need out to sea.frist class pettey
officer in the navy.

Jason Allan Corscadden
Class of 1999
Air Force, 5 Years
I was a Security Forces member. That means I was a military cop. I spent 2 years in japan, where I was deployed to the middle east for months. Then I was sent to montana to guard nuclear missiles. I met my beautiful wife Gabbie there and got out. Then we moved back here to Maine.
Report a Problem
123 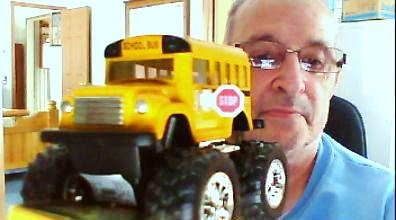 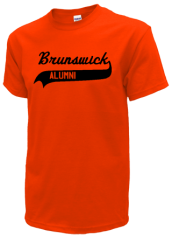 Read and submit stories about our classmates from Brunswick High School, post achievements and news about our alumni, and post photos of our fellow Dragons.

The Maine Outdoor Heritage Fund Board voted unanimously at their fall meeting to allocat...
Read More »

View More or Post
In Memory Of
Our Brunswick High School military alumni are some of the most outstanding people we know and this page recognizes them and everything they have done! Not everyone gets to come home for the holidays and we want our Brunswick High School Military to know that they are loved and appreciated. All of us in Brunswick are proud of our military alumni and want to thank them for risking their lives to protect our country!