He married his sweetheart and enlisted in the United States Coast Guard.

His eighty-three-foot cutter was sent to Omaha Beach and was responsible for the highest number of rescues during the D-Day invasion.

Alecia Marie Goulding, 33
Class of 2003
Air Force, 2 Years
Alecia proudly served her country in the United States Air Force before returning to the Cape to pursue her passions of working with children and animals.
Report a Problem

Allen graduated from Bourne High School in 1967 and went on to graduate from the Culinary Institute of America.

He then became a sergeant in the Air Force, served in the Vietnam War and was awarded multiple medals.

In lieu of flowers, donations may be made in his honor to the Wounded Veteran Retreat Program and sent to PO Box 619, Parkton, NC 28371.

Anthony (Tony) L. DeCicco
Class of 1984
Navy, 14 Years
Tony was a Merchant Marine and he traveled the world for 14 years on LNG tankers to Borneo, Indonesia, Japan and the Gulf of Mexico.
Report a Problem

Arthur M. Chandler
Class of 1948
Army, 4 Years
Arthur was a graduate of Bourne High School class of 1948. After high school he served during the Korean War in the U.S. Army.
Report a Problem

Bernard Downing
Class of 1946
Army, 4 Years
He was a World War II Army veteran and a member of the American Legion Post 188 in Sandwich.
Report a Problem

Bradford Sidney Raleigh
Class of 1947
Army, 4 Years
Bradford graduated from Bourne High School in 1947 and joined the U.S. Army. He served duty in Europe and Korea.
Report a Problem

Charles Christopulos
Class of 1934
Army, 4 Years
Charles served with the Army in World War II and was stationed in India.
Report a Problem

Charles L. Aylmer
Class of 1940
Navy, 4 Years
Charles was a Navy veteran of World War II serving aboard the submarine USS Cavalla (SS-244) when it sank the Japanese aircraft carrier Shokaku on June 19, 1944 during the battle of the Philippine Sea.

He was a member of the U.S. Submarine Veterans of WWII, and the Aptucxet Veterans of Foreign Wars Post 5988 in Bourne.

Charles Thomas Fuller
Class of 1940
Air Force, 3 Years
He was a WWII veteran having served in the US Army Air Corps as an Airplane Mechanic in New Guinea and later served stateside as a member of the US Air Force
Report a Problem

As a lieutenant with the 70th Tank Battalion in Korea, Byron lost an eye. He was wounded four times during his service.

He won the Silver and Bronze stars for gallantry in action, the Purple Heart with two oak leaf clusters, the Korean Service Medal and the Republic of Korea Presidential Citation.

Since returning to Bourne from his Air Force tour, Mr. Tucy was self employed as a general contractor and cranberry grower.

Cliff William Perry
Class of 1968
Marine Corps, 2 Years
Cliff graduated from Bourne High School in 1968, and attended Wentworth Institute for a short time before enlisting in the Marines.

Cliff served in the United States Marine Corps during the Vietnam War, was a decorated combat veteran, and recipient of the Navy Commendation Medal (V). 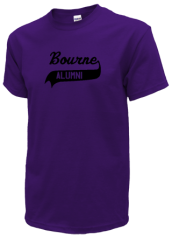 View More or Post
In Memory Of
Our Bourne High School military alumni are some of the most outstanding people we know and this page recognizes them and everything they have done! Not everyone gets to come home for the holidays and we want our Bourne High School Military to know that they are loved and appreciated. All of us in Bourne are proud of our military alumni and want to thank them for risking their lives to protect our country!