Have you lost your Bluffton High School class ring? Have you found someone's class ring? Visit our lost class ring page to search for your class ring or post information about a found ring.

You are loved and missed each and every day.

MASTER SGT. MICHAEL THOMAS HIESTER, 33, of Bluffton, died Saturday, March 26, 2005, at 5 a.m. (Bluffton time). He was killed in the line of duty. Born March 7, 1972, in Bluffton, he was the son of Thomas and Kay (Davison) Hiester. He was married to Dawn Espy on April 30, 1994, in Bluffton. He was a full time member of the Indiana National Guard. He was also a member of the First Church of Christ, Bluffton, and the Bluffton Fire Department. He is survived by his wife, Dawn; parents, children, Adam Michael Hiester and Emily Dawn Hiester, both at home; sisters, Megan E. (David) Kilander of Warren and Michele S. (Terry) Marcum of Bluffton.

My 1st cousin you will never be forgotten.

JUN 22--On Monday June 22, 2004, Dallas Field Division Special Agent in Charge, Gary G. Olenkiewicz, along with past and present members of the North Texas HIDTA, gathered at the Dallas Field Division to present Mrs. Julie Pease and her daughter Ms. Jackie Brown with Task Force Officer Tom Pease’ DEA TFO credentials. TFO Pease died suddenly on November 16, 2003, in Bluffton, Indiana, while attending a family wedding. TFO Pease had been a Carrollton Police Officer since 1985, with previous assignments in Patrol, Tactical and Homicide. In August of 2001, TFO Pease joined the North Texas HIDTA in Dallas, Texas, where he was assigned to DEA HIDTA Group 1. TFO Pease had numerous departmental commendations and while assigned at HIDTA he received the OCDETF Regional Award and INEOA Award for his work on a major DEA case. This case also won the OCDETF National Award to be presented in Washington D.C., in July 2004. 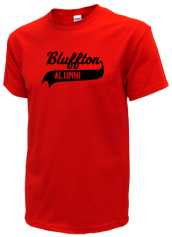 I hope you enjoy this. check this whole page. History