Have you lost your Ballard High School class ring? Have you found someone's class ring? Visit our Beavers lost class ring page to search for your class ring or post information about a found ring.

Walk out onto the Dungeness Spit on a reasonably clear day and you can see Al Simpkinsâ€™ legacy standing guard, protecting seafarers from the longest natural sand spit in North America.
The New Dungeness Light Station stands about a half-mile from the end of Dungeness Spit, staffed 365 days a years for the past 14Â½ by volunteers who put in one-week shifts. The room at the light station that displays its history was dedicated by the association in his name.
Simpkins, who was instrumental in setting up the volunteer organization, died Feb. 5, 2009, in the Snohomish County town of Burlington at the age of 87. He and his wife, Irene, moved there eight years ago to be near family.
Simpkins had lived in Clallam County since 1968, moving from Bothell to the Fairview area, then later to Sequim.
â€œIf it werenâ€™t for him, it wouldnâ€™t have happened,â€ said Eric Henriksson, board member of New Dungeness Light Station Association.
Henriksson said heâ€™d known Simpkins since the small group that was determined to save the lighthouse held its first meeting with U.S. Coast Guard officials around Simpkinsâ€™ dining room table in January 1994.
â€œHe was a wonderful guy. When the Coast Guard said in December 1993 it was going to stop staffing the lighthouse, he contacted local members of the U.S. Lighthouse Society, including me,â€ Heriksson said.
â€œEventually we took over the lighthouse as part of the national society with their support,â€ he said.
The New Dungeness Light Station Association was originally a chapter of the U.S. Lighthouse Society but in 2002 the members incorporated as a separate nonprofit organization.
Simpkinsâ€™ daughter Neta Cahill, of Mount Vernon, said, â€œAnyone who knew him would be familiar with his shop.â€
Visitors couldnâ€™t even take off their coats before they were escorted to the workshop that was filled from floor to ceiling with â€œthings for which I can only guess their purpose,â€ she said.
â€œHe always had about six projects going at once, including small model replicas. He loved trains and built the railroad at the Olympic Game Farm in the late â€™70s and early â€™80s,â€ Cahill said.
â€œHe loved to build things. He was always inventing things and figuring out how to make things better,â€ she said.
One of those inventions was a 4-wheel drive wheelchair/ATV for a friend, who was a quadriplegic, Cahill said.
Alrain Orme Simpkins was born in Raymond on July 29, 1921, but spent most of his early years in Seattleâ€™s Ballard neighborhood.
He joined the U.S. Coast Guard in World War II and maintained radios and lighthouses along the Oregon coast, where he met his future wife, Irene, in a Newport cafe.
They were married Oct. 14, 1945, and raised five children. He worked for Pacific Northwest Bell for 28 years and was a volunteer firefighter in Snohomish County for 10 years.
Simpkins is survived by his wife, Irene; twin sister Adlain Culver; son and daughter-in-law Larry â€œBudâ€ and Robin Welker of Auburn; daughter and son-in-law Neta (Simpkins) and Jim Cahill of Sedro-Woolley; good friend Gerald Wybenga of Shelton; and many, many grandchildren.
He was preceded in death by his sister Dessie May Fassett; sons Stan Simpkins and Robert â€œBobâ€ Welker; and daughter Darla Welker Fisher.

In memoriam: Lend a hand
In lieu of services or flowers, which just werenâ€™t Alâ€™s style, the family suggests carrying on his tradition of lending others a helping hand whenever possible.
Supporting the New Dungeness Light Station Association, www.newdungenesslighthouse.com, would be a wonderful way to celebrate his life. Cards may be sent to Irene Simpkins at 10162 Elwick Lane, Sedro-Woolley, WA, 98284.

Brian Gawley can be reached at bgawley@sequim gazette.com.

Anna was an exchange student at Ballard in 1967-1968. She had three beautiful children: Maria, Eric, and Karin. Anna had a tremendous spirit and a love for all. She is deeply missed.

My sister lived in Bellingham after high school and taught primary school. Her education included a Masters in Education. She loved to travel, lived in Mexico for 2 yrs while her husband was on sabbatical from WWSU, spent family Christmas breaks in HI, enjoyed summers in Europe, driving across Canada and she and mom stayed with me in Japan and we went on to Hong Kong and Korea. Carmella led a rich and fulfilling life. She is missed.
Marlene Johansen Bann

Craig was also known as Cadillac Craig, and enjoyed cars. Died in Port Angeles,, 1 day after his 58th birthday

Jack took his own life in 1996 after finding he couldn't continue after the death of his partner. Jack was very active at BHS. He was on the commencement committee his senior year and was also the Talisman's editor in 1964. He loved to sing and was a member of the Chorale all three years of high school.

Julie passed away after a short illness. An aggressive cancer attacked her body. In a few weeks she was gone. She was a talented artist and used fabric as her medium.

Mike died on Dec 3, 2009 of cancer. He loved fishing and hiking. He worked for the Army Corps of Engineers

My cousin, Mike, passed away in a motor vehicle accident.
Marlene Johansen Bann, class of '65

Suzi died of cancer in CleElum. She loved the outdoors, and music . In high school she was active in the glee club and coral, where she played the guitar

Teresa was part of the Ballard Chorale and the Ballard Beaver mascot during her senior year at BHS. She will be remember at a service at Fremont Baptist Church on Saturday, February 3, 2018, commencing at 1:00 p.m. All who remember Teresa are welcome to attend to honor her. Thank you! 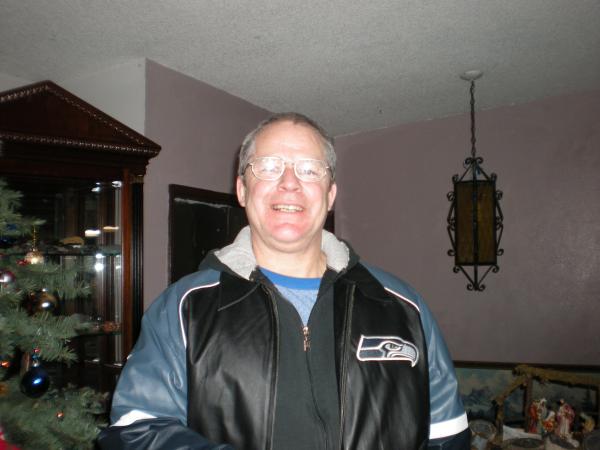 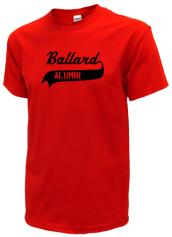 Read and submit stories about our classmates from Ballard High School, post achievements and news about our alumni, and post photos of our fellow Beavers.

I WOULD LIKE TO FIND SOMEONE FROM THE CLASS OF 47.MISSED THE XMAS REUNION.
BONNIEV1@Q.COM THANK YOU
Read More »