Have you lost your Yankton High School class ring? Have you found someone's class ring? Visit our Bucks lost class ring page to search for your class ring or post information about a found ring.

Warren Bowers died at home with his family by his side on December 14, 2019, following a valiant 12- year battle with prostate cancer.
Born in Nebraska in 1937, Warren moved often as his parents, Raymond and Muriel Bowers, taught at various Native American Schools in Mississippi, New Mexico and Wisconsin. He graduated from the University of Wisconsin in 1960, with majors in Metallurgical Engineering and Naval Science. He was president of the Acacia Fraternity chapter. He served two years of active duty as a naval officer in the West Pacific.
Warren married Deanna DeBower one week after they graduated from U of Wis in 1960. He worked in the aerospace industry for Aerojet and Electro Optical Systems (Loral) for 38 years. He earned a M.S. in Manufacturing Engineering from University of Southern California and was a Manager of Manufacturing Engineering for Loral Corporation.
After his retirement, he and Deanna served as Lay Mission Helpers in Cameroon in West Africa from 2003 to 2006. He taught Program Planning/Management and Woodworking (his hobby) at St. Rita’s Catholic Technical College in Nkambe.
During his retirement, Warren built wooden toys—rocking horses, tables/chairs, trains and game boards-- for Santa Claus, Inc., who gave them to needy families every Christmas. He was a Mended Hearts volunteer at Santa Rosa Memorial Hospital.
Warren was a member of Holy Spirit Catholic Parish in Santa Rosa. He was also a member (Knight Grand Cross) of the Knights and Ladies of the Equestrian Order of the Holy Sepulchre, dedicated to the support of Christian presence in the Holy Land, and received the Medal of Our Lady of Guadalupe from the Diocese of San Bernardino.
Warren is survived by his wife of 59 years, Deanna Bowers; his sister, Nancy Boyd, of Madison, Wisconsin; 106-year old mother-in-law, Martha DeBower; son Mark Bowers (Elizabeth) of Santa Rosa; son Christopher Bowers (Lana) of Upland, CA; and daughter, Wendi Landa (Felipe) of Mountain View, CA. He was especially proud of his four grandchildren, Brenna Masi (Regan) of Santa Rosa; Erica Larkin (Cody) of Beverly, Massachusetts; Renee and Nico Landa of Mountain View, CA; and one great grandson, Luke Masi, of Santa Rosa.
A Memorial Mass will be celebrated at Holy Spirit Catholic Church on Saturday, December 28, at 11 a.m., followed by lunch in the hall.
In lieu of flowers, the family requests that memorial donations be made to the Lay Mission Helpers, 3435 Wilshire Blvd. #1940; Los Angeles, CA 90010 or laymissionhelpers.org “For we are God’s helpers.” 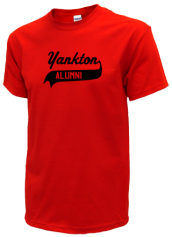 Read and submit stories about our classmates from Yankton High School, post achievements and news about our alumni, and post photos of our fellow Bucks.

Hi anyone who could help me.
I bought the Yearbook which I never received since I left before we got them.
...
Read More »