Have you lost your Woodland High School class ring? Have you found someone's class ring? Visit our Wolves lost class ring page to search for your class ring or post information about a found ring.

dan hazlip
Class of 1975
Navy, 20+ Years
traveled around the world except for Europe
Report a Problem

Francisco A. Elizondo
Class of 1974
National Guard, 20+ Years
4 years Active duty, US Army, Field Artillary, 2 yrs in Ansbach, Germany, 2 yrs in Fort Sill, OK. Also, currently in the California, National Guard, served overseas in OIF III, as the NCOIC of the R&R in Doha, Qatar. Currently with the 49th HRC, in Sacramento, CA, as a Platoon Sergeant (E7) total years in service 32 years and countng.
Report a Problem

Gilbert D. Jackson
Class of 1965
Army, 20+ Years
Served with 2ID in Korea on DMZ, spent time with 2AD, the balance with the Army Reserves, retired E8 in 1995
Report a Problem

James S. Lewis
Class of 1978
Army, 17 Years
Served as a combat medic then moved to the Army's Criminal Investigation Division, where I served as the Secretary of Defense's Special Agent in Charge of Security and Personal Security Officer
Report a Problem

lauren nicole peart- garcia
Class of 2007
Navy, 2 Years
Been serving for two years now and two years left. Done one tour and another coming soon. Based out of Norfolk,va
Report a Problem 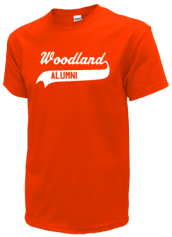 Read and submit stories about our classmates from Woodland High School, post achievements and news about our alumni, and post photos of our fellow Wolves.

Benny Casias Class of 1971 live in town works for Raley's

Benny is a Meat Cutter at Raley's
Read More »

View More or Post
In Memory Of
Our Woodland High School military alumni are some of the most outstanding people we know and this page recognizes them and everything they have done! Not everyone gets to come home for the holidays and we want our Woodland High School Military to know that they are loved and appreciated. All of us in Woodland are proud of our military alumni and want to thank them for risking their lives to protect our country!