Have you lost your Wink High School class ring? Have you found someone's class ring? Visit our Wildcats lost class ring page to search for your class ring or post information about a found ring.

You wanted to be with your Sister didn't you, baby girl.

My mom passed away on April 3, 2008. She is now with my daddy and hopefully pain free. I will love you and miss you all my life! Your loving daughter, Joy Dawn.

James Alton Winn, age 69, of Wink, departed this life Wednesday, September 22, 2004 at his residence. He was born Wednesday, October 10, 1934, in Trent, Taylor County, Texas to the late Hosea and Ola Lee (Boone) Winn. He married Sharon Terry in 1956 in Dallas, Texas.

An Air Force Veteran of the Korean War and a long time resident of Wink, James moved there from Lorenzo, Texas in 1963. He was a member of the Church of Christ in Wink.

James received his Master’s Degree and taught school in the Wink Loving Independent School District until he retired in 1986. Not being one to lay around, he placed his name on the ballot that year and become elected as Winkler County Commissioner where he stayed until his retirement in 1998.

Those left to cherish his memory are two Daughters, Devora Mitchell of Wink and Jamie Winn of Fort Collins, Colo.; one Brother, Edwin Winn of Kyle, Texas; two Grandchildren, Jeremy Cross of Midland and Stephanie Cross of Kermit and one Great-Grandchild, Shaye Carson of Kermit.

One sister, Martha McGehee, also preceded him in death.

Martha passed away in a tragic house fire in Odessa, TX. We were going to have lunch the following week. I am sad that we never got to have that lunch.

Died & buried, in the state of Texas.

Sharon Terry Winn Turnbo, died October 2, 2015 in Odessa. She was born August 17, 1938, in Merkel, Texas to Harold Leon and Thelda Jane Tucker Terry. Sharon married James Alton (Jimmy) Winn on August 31, 1956, in Dallas, TX. Together they reared two beautiful daughters, Devora Denice and Jamie Caprice, each one special in her own way. In 1994, Sharon married Eldon Glen Turnbo, and they spent 21 wonderful years together.

Sharon once described herself as an ordinary person because she said that her life experiences and accomplishments were much like those of any other person. During her 77 years she experienced heartbreak when her father, aged 29, died when she was eight years old. She knew hardship when she and James were both attending the University of North Texas and rearing their three-year-old daughter, Devora, on a monthly G.I. Bill allotment of $160. As a teacher for 37 years, Sharon helped young people expand their knowledge and natural potential. She also taught English to adult speakers of other languages, helping them achieve their personal goals and gain United States citizenship. Although she never attained fame, Sharon served her community of Wink, TX, as a city council member and her profession as a member of the State Board of Directors for the Association of Texas Professional Educators. Never a hero, she nonetheless once save a student from choking by applying the Heimlich maneuver in the school cafeteria. 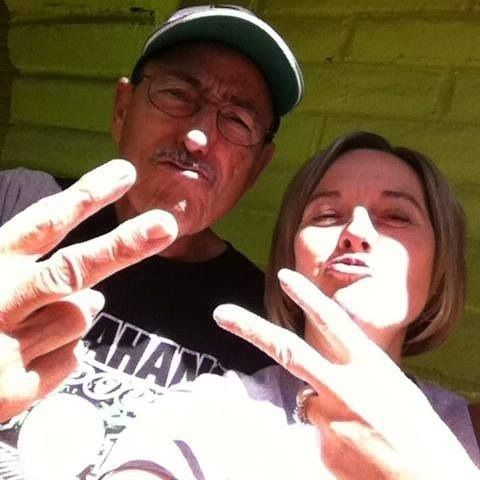 Read and submit stories about our classmates from Wink High School, post achievements and news about our alumni, and post photos of our fellow Wildcats.

On homecoming night of the 2009 season the Wildcatrs won what we beleive to be the 550th game in school history. I woul...
Read More »