Have you lost your Winchester Community High School class ring? Have you found someone's class ring? Visit our Golden Falcons lost class ring page to search for your class ring or post information about a found ring.

Bill Baughn
Class of 1985
Air Force, 6 Years
I was a security policeman stationed in Michigan my hole tour. I had orders to Germany but turned them down because baby was on the way. I went TDY to Spain, Portuegues and the Azores
Report a Problem

Chris Sibert
Class of 1977
National Guard, 12 Years
I joined the Indiana Army National Guard at age 26 and attended Basic Training at FT Benning, GA. During my enlistment, I was in Recruiting for a while, I was a Team Leader for a 5 man Fire Team, a Squad Leader for a 10 man Squad and also held the position as a Retention NCO. I performed duty as Security for the 1996 Olympics in Atlanta Georgia and also I was certified as an Instructor for the Indiana Military Academy.
Report a Problem

Douglas Baker
Class of 1970
Navy, 4 Years
I was an AM3 in squadron VP40. We flew in P3s which were sub hunters, they have a stinger on the rear.
Report a Problem

James Champ
Class of 1982
Army, 20+ Years
9 YEARS enlisted as a Field Artilleryman and 17 years and counting as a Human Resource Officer
Report a Problem

John D. Hamblin
Class of 1968
Navy, 4 Years
US Navy during Vietnam, served in Guam on the USS Proteus and then on the USS Brewton in Long Beach, CA. Machinery repairman.
Report a Problem

Travis Gingerich
Class of 1999
Army, 8 Years
served in the US army 8 yrs. was part of field artillery battalion as well as drone pilot.
Report a Problem
12 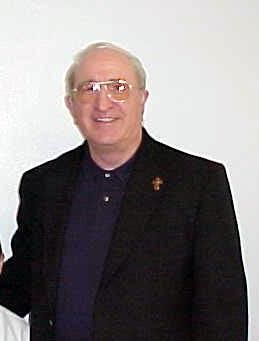 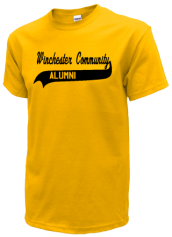 Read and submit stories about our classmates from Winchester Community High School, post achievements and news about our alumni, and post photos of our fellow Golden Falcons.

I would like to find a copy and my 2003 high school graduate in video I lost mine do to moving would love a copy if anyb...
Read More »

View More or Post
In Memory Of
Our Winchester Community High School military alumni are some of the most outstanding people we know and this page recognizes them and everything they have done! Not everyone gets to come home for the holidays and we want our Winchester Community High School Military to know that they are loved and appreciated. All of us in Winchester are proud of our military alumni and want to thank them for risking their lives to protect our country!