Have you lost your Whitehaven High School class ring? Have you found someone's class ring? Visit our Tigers lost class ring page to search for your class ring or post information about a found ring.

Sure did have a lot of good times at Whitehaven with brent on the parallel bars and track and field. Will remember him for many years.

Frank "Hank" Farino Sr., died Saturday morning, May 11, at The Arbors in San Diego, where he had lived since November. He was 95. Hank was born and raised in Memphis, TN and joined his son and family in San Diego in September, 2005, after his wife of 58 years, "PeeWee" died in 2000. He took pride in his working farm, with cows, in Somerville for almost 20 years. His son, Frank, also preceded him in death in April '09. He enjoyed the good times with his daughter-in-law, Anne, grandson, Dan (Santa Monica), granddaughter, Julie (San Diego) and great-grandson, Eli, 3½. He and Eli each had their own canes and would enjoy their walks together....the best of buddies. Also surviving, niece, Mary Mathews of Cordova, nephew, Nick Lavarone of Chicago and nephew, Michael Farino, in Mexico. Hank retired in 1981 after 40 years in the Memphis City school system. He is still called "Coach" by many who knew him.........having been athletic director at Treadwell High School, where he coached all sports, and also became assistant principal there. He went on to become principal at Snowden and later, Whitehaven High School, where he commanded respect, walking the halls, checking in on classrooms, and "knowing" his students. He was awarded the Purple Heart, after serious injury in the Battle of Brest, France in August, 1944. His grandson and daughter-in-law were able to take him, in June 2011 back to Washington D.C. as a guest of Honor Flight.....which was a highlight for him to see the World War II Memorial...........and to have young people want to shake his hand, and thank him. His laugh was infectious, and all who knew him will miss that about him. He would be up in the middle of the night, watching reruns of all sports.......or reading history. He was a great story-teller and all enjoyed tales of his rich life. A great southern gentleman if ever there was one. In lieu of flowers, a donation may be made to "Eli Anthony Farino" for his college fund, which Hank started for his great-grandson. Visitation will be Sunday 5-8 p.m. at Memphis Funeral Home on Poplar Ave. Funeral Mass 11 a.m. Monday morning, at St. Michael Catholic Church on Summer Ave. Burial at Calvary Cemetery on Elvis Presley Blvd.

My lovely wife for 46 years. Couldn't have passed chemistry without you. Kisses and hugs. ken 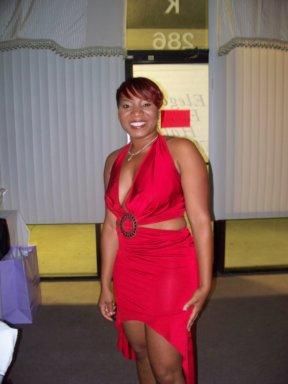 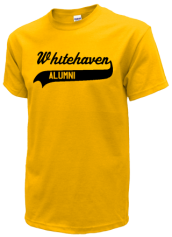 Read and submit stories about our classmates from Whitehaven High School, post achievements and news about our alumni, and post photos of our fellow Tigers.

Do you have words of encouragement or a motivating story from your own experience...
Read More »