Have you lost your Westmoor High School class ring? Have you found someone's class ring? Visit our Rams lost class ring page to search for your class ring or post information about a found ring.

Carl Lembke
Class of 1962
Air Force, 4 Years
served as a diesel mechanic from 62 until 1967
Washington Oregon and Alaska and finished at Mather in Sacramento

Edward Brown
Class of 1994
Army, 9 Years
I served with the 341st Military Police Company out of San Jose California. Spent 14 months overseas in Iraq. I saw Basra, Bagdad, and Balad.
Report a Problem

Gerard A. Palmer
Class of 1967
Army, 20+ Years
68-71 Served in Thailand (during Vietnam) with the Army Security Agency; 71-74 Schofield Barracks, Hawaii, with the 25th Infantry Division "Golden Dragons"; 74-76 The Pentagon; 76-80 Ft. Gordon, GA as an Instructor and Drill Sergeant and 80- 87 The White House Communications Agency serving President Carter and President Reagan.
Report a Problem

Henry J. Nachtsheim, III
Class of 1965
Army, 20+ Years
"Hank" Nachtsheim attended Westmoor HS in 1964-65 as a senior, but moved to Marin County before he could graduate. He was a member of the Rams football team. His military career was from 1965-1994 and he is retired at the rank of Colonel. He is presently still in the national defense business working with Army commanders and their staffs as they deploy to combat zones.
Report a Problem

Janice Murphy
Class of 1965
Air Force, 20+ Years
Active duty '75-'79 Med Tech at the Air Force Academy Hosp, CO Spr.
Full time reservist as a Aeromedical Evacuation Technician - 16 yrs at Travis AFB, 7 yrs at Dobbins ARB, GA and fired for turning 60 at March ARB, CA. 2000+hrs in C-141A/B, 100 + hrs in most models of C-130 and ? hrs in the C-17. Despite accruing all those hrs in the back of the plane - all things to do with flying duties were exciting and at times, scary.
Thanks and prayers for all my fellow vets.

Michael Spiegelman
Class of 1966
Air Force, 20+ Years
Joined the Air Force to see the world, but 17 of my 20 years of service were spent in the Midwest (Kansas, North Dakota, and Nebraska). I worked primarily in missile operations and also worked in computer operations and human factors test and evaluation. I retired from the military in 1993.
Report a Problem

mike murphy
Class of 1960
Air Force, 4 Years
I served as a jet aircraft mechanic with the 476th Tactical Fighterr Squadron on F104 Starfighters. I was based at George Air Base in Southern Caifornia, Moron De La Frontera in Spain, and Hahn Air Base in Germany. I was discharged in 1964 and then went on to work at Douglas Aircraft and Northrop Grumman until my retirement in 2005. I was never unemployed a day. I must have learned something at Westmoor!!!!
Report a Problem

Paul Allan Bennett
Class of 1960
Navy, 20+ Years
I started out enlisting in the Navy i 1960. My intentions were to do four years and get out in order to attend college. Alas, I wound up re-enlisting while I was stationed in Japan. I literally, "Saw the World." Most of my assignments were overseas. Twenty eight out of thirty four years for were at overseas duty stations. It was about equal in years between the Pacific and the Atlantic. I spent 20 years as an enlisted man and 14 as an Officer. My highest enlisted rank was AVCM (E-9) and officer rank was CWO (W-4) If I had the chance to do it all over, I would have remained enlisted. However, W-4 retirement pay is much higher than E-9.
Report a Problem

Paul Allan Bennett
Class of 1960
Navy, 20+ Years
Enlisten in the Navy August 1960. Retired Mach 1994. Served as Aviation Electronics Technician and rose from E-1 to E-9 (AVCM) Continued on to Chief Warrant Officer W-3 to W-4. Served in Vietnam Conflict and Operation Desert Shield. Spent a total of 28 years on 'overseas duty' in Europe and Asia.
Report a Problem 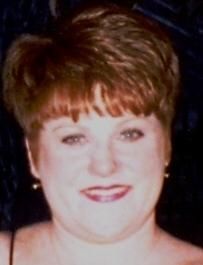 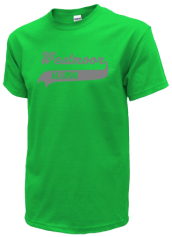 Read and submit stories about our classmates from Westmoor High School, post achievements and news about our alumni, and post photos of our fellow Rams.

Please join us in our efforts to purchase an electronic sign for our school. PTSA and ASB are teaming up and we would l...
Read More »

View More or Post
In Memory Of
Our Westmoor High School military alumni are some of the most outstanding people we know and this page recognizes them and everything they have done! Not everyone gets to come home for the holidays and we want our Westmoor High School Military to know that they are loved and appreciated. All of us in Daly City are proud of our military alumni and want to thank them for risking their lives to protect our country!