Have you lost your Western Guilford High School class ring? Have you found someone's class ring? Visit our Hornets lost class ring page to search for your class ring or post information about a found ring.


On the morning of July 16, 2008, Our Savior, the Lord Jesus Christ, call my beloved husband, the love of my life, Bill R. Hollifield, home to eternal rest in heaven to fish with him and coach the angel’s football team. Bill Ray Hollifield, the son of the late Guy Kirby Hollifield and Lillian Bell McKinney Hollifield was born September 24, 1942 at home near Marion, NC. He attended North Cove and Marion Schools. He graduated from Marion High School in 1962; Lees McRae College; and from Guilford College in 1966 with a Bachelor of Arts Degree in Science and Physical Education. Bill taught physical education and biology at Western Guilford High School in Greensboro, NC until his retirement in 1999. He coached track for several years; was the head wrestling coach until shortly before his retirement. He was also Head Defensive Football Coach of the Western Guilford Black Hornets until his retirement. On June 12, 1976 at Cherokee United Methodist church in Cherokee, NC, Bill was united in marriage to Mary Ann Needham who survives him. This year they celebrated their 32 wedding anniversary and looked forward to many more. They raised two lovely daughters; Noel Christine, wife of Robert Todd Long of Rocky Mount, NC, and Tamara Lynn, wife of Ronald L. Redmon Jr. of Wilmore, KY who also survive him. In addition, he is survived by 5 precious grandchildren whom he adored; Valerie Christine Long, Kevin Andrew Long, Sarah Ann Redmon, Joseph Ray Redmon, and Christina Lynn Redmon. He is also survived by brothers, Donald Stamey of Nebo, NC, and Julius Reuben Hollifield of Gastonia, NC and their families. He is also survived by little buddy Matthew Miller, countless former students, a special high school graduation, countless friends and fishing buddies. He was predeceased by sisters Ira Bonnie Hackett and Violet Stamey Burnette. In June of 1999 Bill retired from over 33 years of teaching and coaching. He and Mary Ann moved to the mountains to fish, hike, camp and enjoy their family and, most of all, serve the Lord Jesus Christ. A Celebration of life will be held at 2:00 pm Saturday, July 19, 2008 at the Robbinsville United Methodist Church. The Reverends Tim Starbuck, Nancy Meeker and Carolyn Turner will officiate. Burial will be in the Old Mother Cemetery. The family will receive friends from 12:00 to 2:00 pm Saturday at the church prior to the services. In lieu of flowers donations may be made to Robbinsville United Methodist Church Good Samaritan Fund, 249 West Fort Hill Road, Robbinsville, NC 28771. Townson-Smith Funeral Home is in charge of the arrangements.

A memorial service will be held at a later date.

Mr. Walters was born November 18, 1921, in Martin County, N.C., a son to William W. and Pearl Davenport Walters. He was a resident of the Guilford County area all his life and was retired principal of Western Guilford High School. He attended Atlantic Christian College (now Barton) in Wilson, N.C. before entering the U.S. Air Force. After serving four years, he attended UNC Chapel Hill for his undergraduate and graduate work. He loved the Tar Heels, golf, traveling and the ocean. In 1948, he married the former Alberta Mercer who survives of the home.

In addition to his parents, he was preceded in death by one sister and three brothers.

Memorials may be directed to Guilford College United Methodist Church, 1205 Fleming Road, Greensboro NC 27410; or to the charity of the donor's choice. 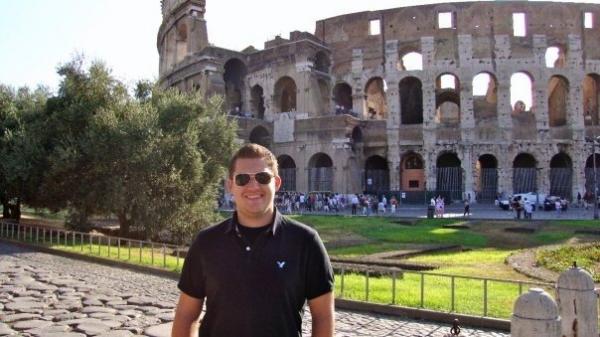 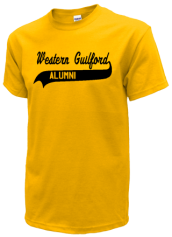 Read and submit stories about our classmates from Western Guilford High School, post achievements and news about our alumni, and post photos of our fellow Hornets.