Have you lost your West Salem High School class ring? Have you found someone's class ring? Visit our Panthers lost class ring page to search for your class ring or post information about a found ring.

Caotain Jon NIckerson
Class of 1980
Coast Guard, 20+ Years
Served 10 years at sea; Caommanding Officer of the icebreakers Mobile Bay 1993-1996 and the Icebreaker Mackinaw 2000-2003. Highlight of my career was serving as the first Captain to renew the Chicago Christmas Ship - delivering christmas trees each November to Chicago's less fortunate. Retired September 2007.
Report a Problem

Gina Gladd
Class of 1992
Air Force, 5 Years
Served as a Security Policeman in the USAF for 5 years. Then was honorably discharged to be the best wife and mother I could be!
Report a Problem

Shawn Viner
Class of 2004
Marine Corps, 4 Years
Based in Hawaii,one tour in Afghan and one in Iraq. Back home now.
Report a Problem

Stephen Schmid
Class of 1995
Coast Guard, 11 Years
I serve as an Avionics Electrical Technician. I also fly as an aircrew member in the HH-65C "Dolphin" aircraft. My job when I fly is the hoist up the rescue swimmer after he jumps out of the aircraft.
Report a Problem 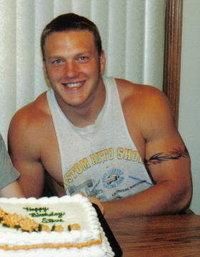 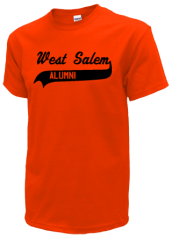 Read and submit stories about our classmates from West Salem High School, post achievements and news about our alumni, and post photos of our fellow Panthers.

Post Your News
Our West Salem High School military alumni are some of the most outstanding people we know and this page recognizes them and everything they have done! Not everyone gets to come home for the holidays and we want our West Salem High School Military to know that they are loved and appreciated. All of us in West Salem are proud of our military alumni and want to thank them for risking their lives to protect our country!