Have you lost your Weatherford High School class ring? Have you found someone's class ring? Visit our Kangaroos lost class ring page to search for your class ring or post information about a found ring.

Cynthia Forrest Palmer was born Sept. 10, 1966, in Dallas to John and Cathy Forrest. She married Robert Palmer on July 29, 1988, in Weatherford. She was a member of Mary Orr Middle School PTA in Mansfield. She was born to be a mother and loved children and animals of all sizes and shapes and hated sad movies.

Keith H. Edwards was born to Howard and Jean Edwards. He graduated from Weatherford High School in 1985 and went to work for General Dynamics. He was currently the service manager for Texas Air Conditioning in Weatherford.

He married Michelle Sikes on May 13, 2000, in Fredericksburg.

Keith was a wonderful son, husband, brother and father. His sons, Logan and Tyler, were the light of his life and he was truly devoted to his boys. He enjoyed attending his son Tyler's Weatherford football games and helping Logan work on his 4x4 truck. Keith loved all outdoor activities. He will be deeply missed by everyone who knew and loved him.

Keith was preceded in death by his father, Howard; sister, Julee Kaye; and brother, David Edwards.

Larry Cogburn (class of ‘54) He passed away on May 31, 2018 in Irving, Texas. He is survived by his wife Nancy, son Robert (Bob) and Belinda Cogburn of Plano,Texas, daughters Lisa and Jeff Burandt of Prosper, Texas and Valerie and Anthony Araujo of The Colony,Texas, 5 grandchildren and 1great grandson. Both of Larry’s parents are deceased: mother, Margarite Ratts Cogburn Abbott and father, G.W.Cogburn, 1sister, Vivian Hand of San Antonioa, and 1 niece and 2 nephews.

Margie passed away on Tuesday, April 28, 2009, after suffering many years with sever heart problems and COPD. She made her home in Athens, Texas. She is survived by two sisters, Barb Williams and husband Earnest, and Mattie Golden and husband, Hugh, step-daughter and sister-in law.

Mark Morris Mauney, 45, of Weatherford, died Thursday, December 22, 2011. Mark was born December 8, 1966 in Weatherford. He was a member of Whitt Assembly of God, an Eagle Scout, a 1985 graduate of Weatherford High School and had an associates degree from Weatherford College.

Our boys love and miss you so much! You were the best daddy a kid could ask for! RIP Michael!

Burial will be in Robinson Cemetery.

She graduated from Weatherford High School in May 1985 where she was member of the National Honor Society, the International Thespian Society and the Coral department. She loved music and played major roles in South Pacific, Music Man, Oklahoma and Bye, Bye, Birdie.

In 1987 she graduated from Weatherford College with an Associate in Arts. She had major roles in Seven Brides for Seven Brothers, The Foreigner, and Greater Tuna. From there she went to Southwest Texas State University to pursue her degree in music and performed in various musicals such as A Night on Broadway, Don Quioti, A Mid Summers Night Dream. While at Southwest Texas State University, Becky was a member of Alpha Pi Chapter of the Mu Phi Epsilon Fraternity.

She was an active member of the St. John United Church of Christ in Robinson where many heard her beautiful voice when she sang in the choir. Becky's devotion to children
was continued through her work as Youth Director and Director of the VBS programs.

Russell Wayne Blanchard passed away in a tragic car accident shortly before Christmas, leaving behind his wife of 18 years Ollie Blanchard and 2 young children, Josiah (10) and Jaden (5). Russell was a Supervisor for the City of Weatherford and graduated from WHS in 1987. He will remembered by all as a loving,spirited and wonderful person who loved and cherished his family.He accomplished alot in his short life and will truly be missed. We all are blessed by knowing this amazing man.

Visitation: 6 to 8 p.m. Sunday in the chapel at Galbreaith-Pickard Funeral Chapel.

Scott was born July 9, 1967. He was employed by Texas Instruments and was a builder. Scott was a faithful member of North Main Church of Christ, a mission deacon and active with mission churches in Mexico. He loved to play church softball, loved carpentry and woodworking.

Tammy Ann Kubosh was born on November 18, 1966 to Chris and David Kubosh in Weatherford. Tammy was a life long member of First Baptist Church of Aledo.

She met her husband, Steve, while on a youth trip with the church. They married on August 8, 1986. She was a devoted wife and loving mother to her three children, Sarah, Alyx, and Cole.

Tammy loved children and worked with them her entire life including teaching at Lil' Cats Preschool at First Baptist Aledo and volunteering in the church nursery.

She enjoyed doing craft projects, playing Pokeno, and going to movies with her friends. She loved spending quality time with her family doing puzzles, playing cards, and eating her daddy's catfish.

Her warmth and sincere kindness will be missed by everyone who knew her. We look forward to the day we will be reunited in heaven and can spend eternity together praising our Lord.

Tammy is proceeded in death by her grandfather, "Pop" Jack Holt, her "Aunt Ann" Ann Purcell, and her mother-in-law, JoAnn Boutwell.

Survivors include her husband, Steven Eugene Boutwell; her children, Sarah Beth Boutwell, Alyx Nicole Boutwell, and Cole Tucker Daniel Boutwell; and her grandson Vincent Royce Boutwell Holden all of Aledo; her parents Chris and David Kubosh of Weatherford and her grandmother, Lucy Holt of Aledo; her brother and sister-in-law, Keith and Teri Kubosh of Aledo; her sister-in-law and brother-in-law, Kelly and Jim Eck of Aledo; and her brother-in-law Craig Boutwell of Weatherford; her nephews and nieces, Brice Kubosh, Holton Kubosh, Jessica Kubosh, Logan Eck, MaKennah Eck, Ryann Boutwell, and Faith Boutwell.

Gathering of friends: 6 to 8 p.m., Wednesday at the Church.

Teresa passed away on April 19, 1995 after and long and valiant fight with cancer. She is survived by her parents, Johnny and Virginia Sansom, her brother Johnny Sansom Jr, and her grandparents Lawson and Idell Gratts, as well as numerous other family members who loved her dearly. She is currently at rest in Willow Springs Cemetary in Willow Park, Texas.

Blake was born Dec. 14, 1966, in Fort Worth and was currently residing in Weatherford. He was one of two twin boys born to David and Dorothy Young. Blake and Blaine live in Ft. Worth, attending Castleberry Elementary before moving to Weatherford, where both he and his twin graduated in the Class of 85.

Blake was employed by American Concrete Co. Blake was always a kind and gentle person who was truly loved and will be greatly missed. 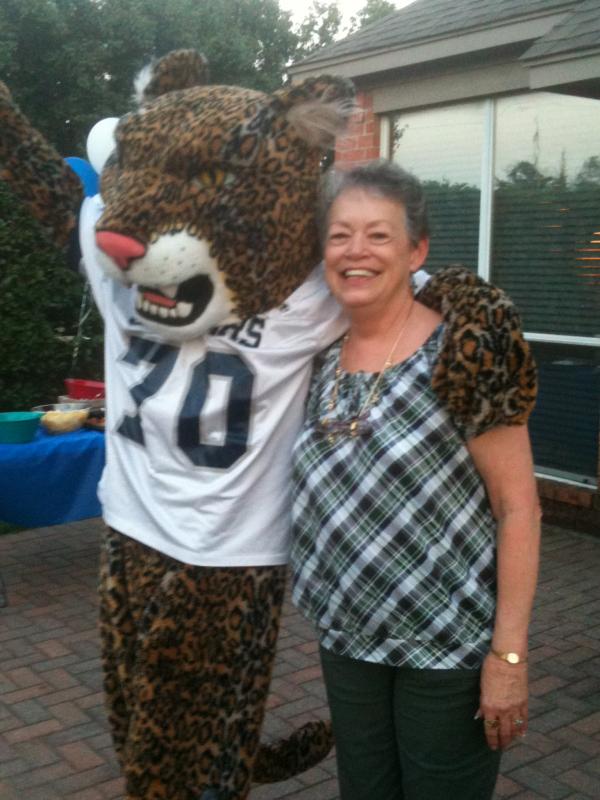 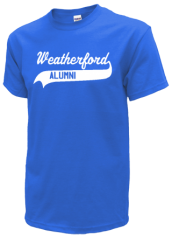 Read and submit stories about our classmates from Weatherford High School, post achievements and news about our alumni, and post photos of our fellow Kangaroos.