Have you lost your Warrensburg High School class ring? Have you found someone's class ring? Visit our Burgers lost class ring page to search for your class ring or post information about a found ring.

Buzz was loved by everyone he ever came in contact with! He passed away on 9/13/2003 &will be forever in our hearts...

Armine was born on December 15, 1906 in Niagara Falls, NY, graduated from Albany State Teacher's College, and came to Warrensburg to teach in 1928. At that time the school was located on Stewart Farrar Street (f.k.a. School Street) across from the Presbyterian Church. She married Walter "Tink" Gurney of Warrensburg in 1933. During her years on the WCS faculty she taught French and Math. She retired in June 1966.

She was probably best remembered for making everyone throw their gum in the wastebasket before class started.

During her retirement she enjoyed gardening, was active in St. Cecilia's Catholic Church, and was a member of the John Thurman Historical Society.

She died on June 18, 1981 in a nursing home in North Creek and was interred in the Catholic Cemetery in Warrensburg. She was survived by her husband Tink, who died in October 1987, and by her son Ben who lives in Phoenix, Arizona.

teacher, principal and mentor
Moved to the USA from England when he was 16. Served in the US Army in the China, Burma, India theater of WW II. Graduated from Duke University. Father of five and "granda" of seven. Loved to paint, garden and build ship models.

Norah Lynn Droney (August 16, 1959 to April 3, 2016) attended and graduated from Warrensburg High School. She passed peacefully in Rolla, Missouri with her four children at her side on April 3, 2016. She was a loving mother and nana" to four grandchildren. She had fond memories of high school in Warrensburg.

Randi L. Evans, 28, passed away on July 25, 2010, at her home, surrounded by her loving family, after a very brave lifelong struggle with mitochondrial disease.

One word described Randi: UNIQUE! She was a perfect angel who will be remembered for encouraging all of us to live a simpler life, with a child's perspective. Randi had a talent for writing and illustrating children stories. She loved being able to create photo albums on both the computer, and in scrapbooks, which she shared with family members. Randi was also a huge Justin Timberlake fan and attended many of his concerts. One of her favorite pastimes was playing word games.

Randi was born on May 27, 1982, with mitochondrial disease. She, along with her family, have been described as pioneers in their efforts to educate others on the disease. In 1997, Randi and her family helped enact passage of a law in New York state which provides coverage of enteral formulas for metabolic disorders. Unfortunately, Randi had to fight to obtain appropriate medical care up until the end due to lack of knowledge of her disease. She has been the driving force behind current efforts to form a local mitochondrial committee. Recently Randi, and her sister, Brooke, worked together on a YouTube video to help raise awareness of the unique issues that patients and their families face daily.

Randi was predeceased by her uncle, Michael LaFond, and her great-grandparents, Grace and Donald Stone and Claire and Louis LaFond.

Randi is survived by her mother, Catherine LaFond-Evans; sister and best friend, Brooke Evans; brother, Drew Evans, and her beloved companion puppy, "her baby", Blackberry. In addition, she leaves behind her maternal grandparents, Sandra and Roland LaFond, of Warrensburg; her aunt, Rachelle and uncle, Roland LaFond Jr., and their children, Randi's cousins, Madison and Nathan LaFond, of Lake George; her aunt, Renee LaFond of Ballston Spa; her father, Charles Evans, and paternal grandparents, Joan and Richard Ouellette of Warrensburg, and several additional aunts, uncles and cousins. She will be missed by her special friends and advocates, Anne Rohe and Anne Marie Lockhart, who were by her side every step of the way.

Randi's family would like to express a heartfelt thank-you to the few special doctors, who were there for them throughout the years, Dr. Kathleen Braico, her pediatrician, Dr. Darius Adams of Albany and the team of specialists in Boston.

Ryan will be missed greatly by this class. As his sister and the advisor for the Class of 1999, he was an outstanding student and friend to all who knew him.
Love you Winnie.

Ryan D. Winslow, 24, of 1 Ashe Drive, passed away Monday, May 29, 2006, at Albany Medical Center, as a result of injuries sustained from a boating accident on Lake George. Born July 23, 1981, in Glens Falls, he was the beloved son of Bryan H. and Donne-Lynn Winslow of Warrensburg. He was a member of the Warrensburg Central High School, Class of 1999. Having a keen interest in sports, Ryan was a three season athlete and received many honors. Ryan went on to graduate cum laude from Ithaca College in 2003, with a degree in Business Administration. He was a member of Sigma Iota Epsilon, an honorary management fraternity. While at Ithaca, Ryan was was also a member of the Ithaca Bombers football team. His personality and business background helped him be successful in sales and marketing, and he was employed as a local project coordinator/account executive at Champlain Stone Inc. Having spent much time at his family's home on Treasure Point, Ryan especially loved boating, kayaking and wakeboarding on Lake George. In winter you could find him snowboarding or skiing at Gore or Hickory. He also enjoyed golf, biking, and played basketball every week with his friends. Ryan will be remembered for his beautiful smile and laugh and his wonderful sense of humor. He loved his family and his special circle of friends. He had a love for life and adventure. He was predeceased by his maternal grandfather, Donald M. Borth, a local attorney; his uncle, Bob Borth; and his paternal grandmother, Alice Winslow. Besides his parents, survivors include two sisters, Robin Mahler and her husband, Jeff, and Carrie Winslow, all of Warrensburg; his paternal grandfather, Howard Winslow of Stony Creek; and his maternal grandmother, Marie Borth, of Warrensburg. Ryan loved spending time with his niece, Autumn Mahler, and nephews, Hunter Mahler and Max Richards. Ryan was the best son, brother, uncle, grandson, and friend anyone could ask for. He blessed our lives every day. 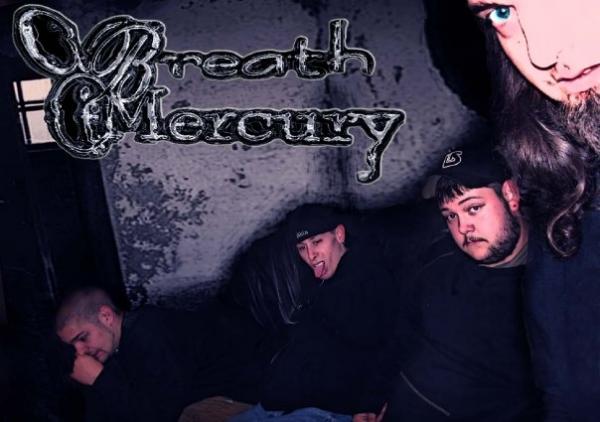 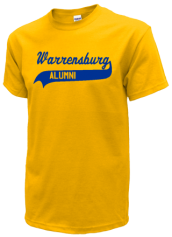 Read and submit stories about our classmates from Warrensburg High School, post achievements and news about our alumni, and post photos of our fellow Burgers.