Have you lost your Upper Darby High School class ring? Have you found someone's class ring? Visit our Royals lost class ring page to search for your class ring or post information about a found ring.

A.J. was a 22 year employee of The Postal Service, the last 6 of which were in St Petersburg FL. A.J. and I both started at The Lansdowne Post Office and we both eventually transferred to the Tampa / St Pete Florida area. No matter what was happening, A.J. always had a smile on his face and that is what I will always remember about him. A.J. passed away suddenly from complications from a heart attack.

auto acident at 252 and 30. engaged to be married and gainfully employed as an engineer

Cary passed away suddenly in his home less then three weeks after having double bypass surgery. Cary was a loving father and husband to his wife Judith of 29 years. He is also survived by his two daughters Alisa, Pauline, and stepdaughter Tamara who are deeply saddened by this terrible loss. Please feel free to contact Alisa if you would like to share any special memories you have of Cary at aschantzer4@yahoo.com.

May be wrong with the year of passing.

Don passed away suddenly. He was super healthy, walked 20 miles a week. He had just retired from his job of 38 years and spent the winter in his condo in St. Pete Beach. He had never been sick but he had cancer throughout his body. He was the best most loving husband to me. We were married for 45 years. We had two daughters 8 grandchildren.

Eileen passed away unexpectedly in the hospital due to the possibly of a knee infection.

Died at age 60 in Florida
Survived by son and daughter.

Ginny battled breast cancer for more than 7 years. She lived in Cjestertown MD.
123 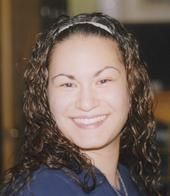 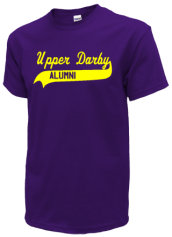 Read and submit stories about our classmates from Upper Darby High School, post achievements and news about our alumni, and post photos of our fellow Royals.