Have you lost your Union High School class ring? Have you found someone's class ring? Visit our Redskins lost class ring page to search for your class ring or post information about a found ring.

Jeffrey Miller
Class of 2001
Marine Corps, 7 Years
Joined the United States Marine Corps after completing one year of college at the University of Oklahoma in 2002 and is currently a Staff Sergeant. Served three tours in Iraq during his time as a Marine and has been recognized by the Marine Corps several times for his service with personal awards. Currently serving as a recruiter for the Claremore area.
Report a Problem

Jeffrey S. Althouse (Sam)
Class of 1997
Army, 12 Years
Currently serving this great nation as an Infantryman first and presently as a Drill Sergeant.
2 Tours to Iraq with total time in country being 27 months. Won Bronze Star, Army Commendations Medal with Valor Devise, and Purple Heart for wounds received from grenade attack. Looking forward to retirement in the next 8 yrs.

Loren Green
Class of 1986
Navy, 20+ Years
22 Years in the finest service to the finest nation under God!!!
Report a Problem

Mark Ryer
Class of 1987
Navy, 20+ Years
Electronics Technician Chief Petty Officer (Surface Warfare)
Chief Ryer was born in Phoenix, Arizona. He attended Union High School in Tulsa, Oklahoma, graduating in 1987. He enlisted in the United States Navy in November of 1988, and attended basic training at Recruit Training Command, Great Lakes, Illinois. Upon completion of recruit training, he attended Basic Electricity and Electronics and Electronics Technician â€œAâ€ school in Great Lakes, Illinois. He reported in Feb 1990 to USS Proteus (AS-19) in Agana, Guam. He transferred in Jul 1992 to Naval Communication Telecommunication Station Diego Garcia. He then reported in Sep 1993 to the USS Independence (CV-62) home ported in Yokosuka, Japan. He then transferred in Nov 1995 to Naval Postgraduate School in Monterey, California. In Mar 1998 he was advanced to Second Class Petty Officer and terminated shore duty so he could go to USS Chancellorsville (CG-62) and was part of the homeport shift from San Diego to Yokosuka, Japan. During this tour he earned his Enlisted Surface Warfare Specialist and was Command advanced to Petty Officer First Class. In Jan 2002 he transferred to Aegis Training and Readiness Detachment Yokosuka. After earning his Master Training Specialist he terminated his shore tour and went to USS Squall (PC-7) NAB Coronado, California in Mar 2004. He was advanced to Chief Petty Officer and was selected as the Command Chief, DAPA, Electronics Materials Officer, and CMEO for Patrol Coastal Crew LIMA. He facilitated the homeport shift of USS Squall and USS Hurricane from NAB Coronado, CA to NAB Little Creek, Virginia. During crew swaps to deployments in protection of Oil platforms in the Arabian Gulf he served on USS Chinook, USS Firebolt along with both USS Hurricane and again on USS SQUALL in Little Creek, VA. Jul of 2005 he was then selected for Joint Interagency Task Force South in Key West, FL where he served as the SEA for Navy Element and was the communications J6 Senior Enlisted Leader. He then transferred to USS John S. McCain (DDG-56) in April 2009 as Assistant 3M Coordinator and Combat Systems Departmant and Combat Electronics Division Leading Chief Petty Officer.
Chief Ryer is a graduate of the Excelsior College with an Associates of Arts in Liberal Arts.

Married to his wife Arlene since 1987 his three sons Spencer, Tyler and Christopher are ages 12, 9 and 3

Raymond J Mckee
Class of 1968
Air Force, 4 Years
Sargent in the USAF, served in Vietnam's 12 RITZ in Tan Son Nhut in Saigon as a Darkroom Lab Specialist. Coming back to the States at OFFUT AFB in Bellevue Nebraska, in a Recon Squadron.
Report a Problem

Ronald Lee
Class of 1978
Navy, 13 Years
Served on the following submarines: Trident Submarine USS Michigan & USS Guardfish. Was injured and had to be discharged in 1991.
Report a Problem

Rusty McAbee
Class of 2001
Air Force, 6 Years
Enlisted in May of 2002 and served 6 years as a Inflight Refueler on a KC-135R. Was an Instructor and Evaluater in the 349th Air Refueling Squadron in Wichita KS. Multiple tours to United Arab Emerites in support of both Operation Iraq Freedom and Operation Enduring Freedom. Over 200 Combat Flights.
Report a Problem
12 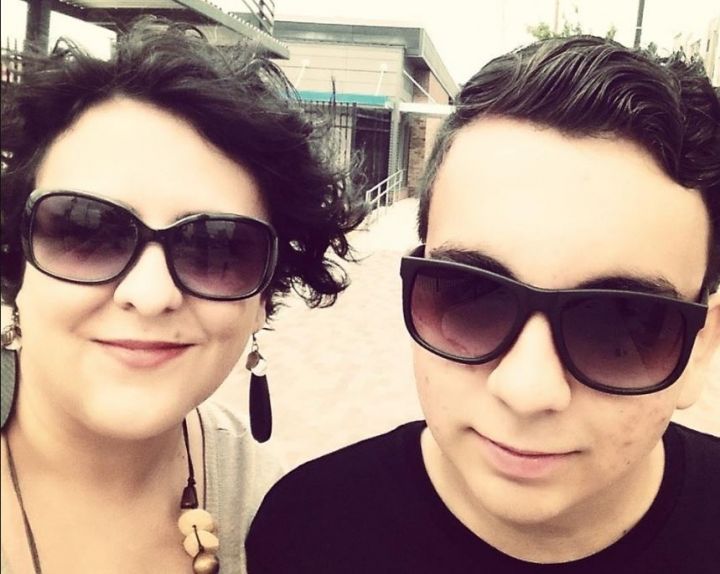 Read and submit stories about our classmates from Union High School, post achievements and news about our alumni, and post photos of our fellow Redskins.

View More or Post
In Memory Of
Our Union High School military alumni are some of the most outstanding people we know and this page recognizes them and everything they have done! Not everyone gets to come home for the holidays and we want our Union High School Military to know that they are loved and appreciated. All of us in Tulsa are proud of our military alumni and want to thank them for risking their lives to protect our country!