Have you lost your Turlock High School class ring? Have you found someone's class ring? Visit our Bulldogs lost class ring page to search for your class ring or post information about a found ring.

David Boyd
Class of 2000
Navy, 9 Years
Been in the Navy 9 years and 4 months. Stationed in San Diego, CA at the moment.
Report a Problem

Kenneth Edwards
Class of 1946
Air Force, 20+ Years
Enlisted as Private in 1951. Retired as Colonel in 1978. Tours in France, Germany, Italy and Viietnam. While in AF eared masters degree in Public Administration (MPA) from George Washington and doctor of Education(EdD) from Cal..Faculty at Squadron Officer School and Air War College. AFROTC tours at Cal and Oregon State. Rated 100% disabled by VA as a result of exposure to Agent Orange in 'Nam. Had three books published, including one (Your Successful Real Estate Career) that is in its fifth edition and sold over 125,000 copies. Working on edition six..
Report a Problem

Neysha Pereira Schettino
Class of 1990
Navy, 4 Years
Two 6 month deployments...USS Abraham Lincoln and USS Kitty Hawk also a 3 month RIM pack on the Kitty..my command was VS29 Dragonfires. .I enjoyed that time in my life very much. I was able to travel to more countries than I have been to us states :) it is also where I met my husband Daniel who is from the East coast. 20 years later and 4 children, I'll keep him ;)
Report a Problem

Stephan Andrus
Class of 1992
Navy, 18 Years
For those who know: HM1(SCW/SS/SW/AW/FMF)
For those who don't: Hospital Corpsman for 20 years and retiring in 2012. I have been places, saved lives and done things people can only dream of. Would I do it again? Without a doubt. 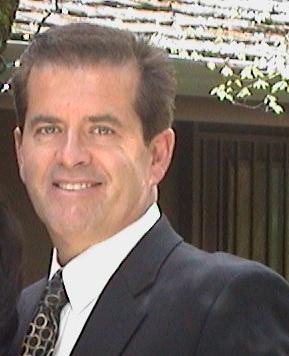 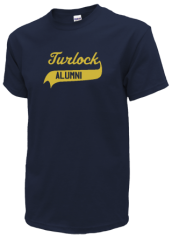 Read and submit stories about our classmates from Turlock High School, post achievements and news about our alumni, and post photos of our fellow Bulldogs.

does anyone know where Gordon e. smith is ,james Delvalle . went in the marine together ,in 1972,like to fine him.
Read More »

View More or Post
Our Turlock High School military alumni are some of the most outstanding people we know and this page recognizes them and everything they have done! Not everyone gets to come home for the holidays and we want our Turlock High School Military to know that they are loved and appreciated. All of us in Turlock are proud of our military alumni and want to thank them for risking their lives to protect our country!