Have you lost your Tucson High School class ring? Have you found someone's class ring? Visit our Badgers lost class ring page to search for your class ring or post information about a found ring.

HECTOR RETIRED FROM THE FROM TUCSON FIRE DEPARTARTMENT AFTER 32 YEARS. ATTENDED THE UNIVERSITY OF AZ . MEMBER OF THE UNITED STATE AIR FORCE NATIONAL GUARD . BETTER KNOW FOR HIS EXTREME TALENT IN BASEBALL HE WAS ALL CITY AND ALL STATE,HE ALSO PLAYED FOR THE U OF A.

Henry worked for Southern Pacific Railroad 30 yrs. Survived by Cris (Rivero) Aguiar and 7 children they were married for 48 years.

Please take Jim off your alumni list.Thank you his wife. Ruth

To Disneyland - you can now throw away that "Banned for Life" file you have on me, I'm not a problem anymore - and SeaWorld San Diego, too, if you read this.

Martha Jane Dadisman Menager passed away peacefully in the arms of her family from Acute Leukemia on April 4, 2014. Martha was born on October 1, 1924 in Grafton, WV to Percy and Alice Dadisman. In 1929, Percy, a WWI veteran, was diagnosed with TB and sent to the VA Hospital in Tucson. Alice and the children moved to Tucson in a Model A Ford to join him. Martha attended Sam Hughes and Mansfield, graduating from Tucson High school in 1942. At 19, she enlisted in the United States Coast Guard as a radio operator during WWII. After the war she worked at the Post Office, as a dental lab tech and after receiving her BA and MA in Elementary Education, taught at Smith (DMAFB) and C.E. Rose Elementary schools, retiring in 1986. She was active in Assistance League, Tucson Republican Women, Tucson High School Class of ’42 , Tucson Retired Teachers and traveled extensively. Martha is predeceased by her parents, husband Louis Menager, brother Larry and sister Joyce. She is survived by her children Carol (Richard) Livingston and James Louis (Mary), grandchildren Jace Livingston (DC), Bryce Livingston (fiancé, Sarah Speake) –VA), Audrey (Brice) Menager Schackart, Shea Livingston (CA), Philip Menager and many nieces and nephews. Services will be announced at a later date. The family wishes to extend their thanks to the loving care extended to her by staff at the SAVAHCS. In lieu of flowers, donations to SAVAHCS www.tucson.va.gov/giving or a charity of choice are appreciated.

Good my big bro you fought hard but the war was to much . You will be missed dearly.I know your playing baseball up there .R.I.P

Bob passed away from unknown causes. Bob had several medical issues. He was admitted into the hospital in Nov 2019, discharged in May 2020. He went home and was cared for by his loving wife Janet. Bob chose to have his body donated to science. Subsequently, Bob will be cremated and his ashes buried at the National Veterans Memorial Cemetary, Marana, AZ at a later date.
Bob retired from the US Navy having served 26 yrs. He loved his St Louis Cardinals and drove around in a St Louis Cardinal golf cart in the Robeson Retirement Community, Eloy, AZ.
While in high school he played baseball for the Puerto Ricans, proved to be quite a pitcher.
From one retired veteran to another and all the veterans, especially from the class of 1967, WE salute you. Rest in peace my friend you'll be missed.
God bless.

My big brother, Badger, 1955 passed away surrounded by his family after a valiant fight with cancer. He was 80 and lived a full life. Survived by 9 kids and MANY grandchildren and great grandchildren.

After living in northern Canada for over 30 years, Vernon came back to Arizona, proving he liked extremes in weather. He eventually married and moved to Vail, Arizona where he lived very quietly and serenely on their land until his wife's death. He continued with the lifestyle, but alone except for his many friends. In the last 15 or so years, he fashioned silver and gold jewelry by hand. The following is from his business card:

With hacksaw cleave I the innocent silver bar. With torch heat I red the sawn slab. Then, with dire hammer, doughty anvil Pound, Aye, Pound. Silver becomes hot - red, grey. Slimmer, wider, longer, harder. Heat again, Pound. And Again, pound, and again... Anon, I snips, I chisels, and wield. I The Fret, saw, pliers, vise, drill, punch...Transmogrification ensues. The silver will have its way, and I mine.
We try to agree which way to go, when to stop. I like my “stuff”. You?
Vernon Wang, Artificer 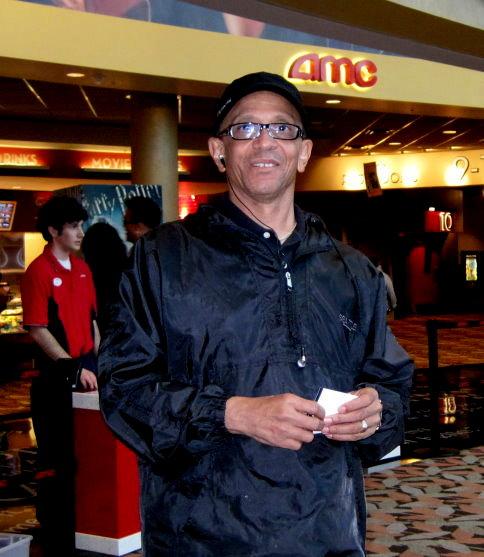 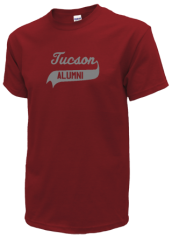 Read and submit stories about our classmates from Tucson High School, post achievements and news about our alumni, and post photos of our fellow Badgers.

I know a lot of Tucson High graduates listed on this alumni site are not members of the Tucson High Badger Foundation. I...
Read More »