Have you lost your Tri High School class ring? Have you found someone's class ring? Visit our Titans lost class ring page to search for your class ring or post information about a found ring.

Chuck Pew
Class of 1979
Coast Guard, 14 Years
went to basic training on July first of 1979 got sent to LORAN Sta. Dana, In as a firemen apprentice. Spent some time in Yorktown, Va. and got assigned to Sta. St. Joseph, Mi as a SNBM and BM3, drove search and rescue boats conduct law enforcement operations, and became an Emergency Medical Tech. Got married and had a son while there. I was then assigned to the US Coast Guard Cutter Bristol Bay where I stood watch as a bridge officer, worked on the experimental barge project recieved a Commendation Medal for Heroic Action. Then got assigned to Sta. Tawas, Mi as a BM2 was operations and training officer, drove search and rescue boats, conducted law enforcement operations. I then got assigned to Coast Guard Aids to Navigation Team Long Island Sound as operations and training officer, commanded 46 and 53 foot Aids to Navigation boats, acted as officer in charge for awhile, survied the Perfect Storm while transisting a 46 foot boat thru Block Island and Lond Island Sound. I then was assigned to the Coast Guard Cutter Papaw and ocean going Bouy Tender. Got out of the Coast Guard and Moved home in July 1993 and joined the Army reserve for my 2 year mistake
Report a Problem

Derrick Mummert
Class of 1979
Coast Guard, 20+ Years
Retired from the Coast Guard as a Master Chief Petty Officer (E-9) after 22 years. Served on a lighthouse in lake Huron, Ice Breaker out of Alabama, 3 River Tenders on the Mississippi River, Marine Safety Office St. Louis, Chief Engineer on a Patrol Boat out of Miami Beach, and as mechanical branch chief at Project Resident Office Marinnette WI.
Report a Problem

Jeff Harter
Class of 1997
Army, 5 Years
Jeff has been in the Army for 5 years and is currently stationed in North Carolina. He has deployments to the Middle East and South America.
Report a Problem

Jeff Morton
Class of 1983
Army, 20+ Years
Army aviation, last 4 years taught pilots to fly what I had worked on for the previous 16 yrs.
Report a Problem 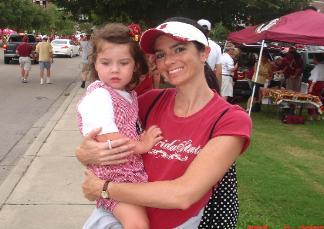 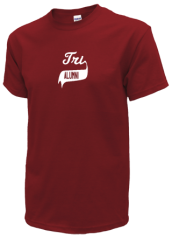 Read and submit stories about our classmates from Tri High School, post achievements and news about our alumni, and post photos of our fellow Titans.

View More or Post
In Memory Of
Our Tri High School military alumni are some of the most outstanding people we know and this page recognizes them and everything they have done! Not everyone gets to come home for the holidays and we want our Tri High School Military to know that they are loved and appreciated. All of us in Straughn are proud of our military alumni and want to thank them for risking their lives to protect our country!