Have you lost your Sunny Hills High School class ring? Have you found someone's class ring? Visit our Lancers lost class ring page to search for your class ring or post information about a found ring.

His wife, Nancy Estes, said he died of complications from heart disease at St. Jude Medical Center in Fullerton.

## That doesn't even scratch the surface of this larger-than-life friend. Chuck was imbued with music and worked in every aspect of it. He must have played in 100 rock bands, dozens of jazz bands, composed symphonies and other pieces, directed and produced musical theater, arranged hundreds of pieces and wrote dozens of songs. He learned to play over one dozen instruments, including tuba which he learned when the SHHS marching band needed a tuba player.
Chuck loved to laugh and tell stories in a theatrical voice, finally a deep hipster growl in his final last ten years or so. He could laugh at himself, and he loved jokes, including practical jokes, and satire. He had strong political convictions and he didn't mind telling you exactly what they were.
We loved him, and many of us knew Chuck from early grade school on.
Chuck could have gone to big cities and become a big media musician, but he loved Fullerton and he often said, "Bloom where you were planted!"
At SHHS, Chuck was the leader (and usually bassist) for an early folk group of friends including singer Steve Noonan, multi-instrumentalist Steve Van Gelder, and a young neophyte named Jackson Browne. They'd all set up and entertain us all at breaks and at noon. Chuck was the first one to advise Jackson to buy his own guitar.
Chuck was also a kind, friendly man, whose family meant everything to him. He had 4 children and Nancy was the love of his life.
The only way to portray Chuck accurately would be to play his music, or rather, listen to him play. At least a dozen of us consider Chuck one of the best friends we've ever had. Through his music and our memories, he will live forever. Goodbye, Maestro.

Gary was one of the best known and most loved members of the founding class at SHHS. He went on to Berkeley and above all, lived a life of peace, kindness and friendship. I think anyone who ever met Gary would agree.

Gary remained a good friend and an inspiration to hundreds of classmates until his 45th reunion in 2007. He enjoyed seeing everyone that evening, and with many, made plans to see them soon.

Only a few weeks later, Gary was returning from vacation when he was involved in highway traffic accident, and died.

Rest in Peace, Gary. We will always remember you.

Everyone in our class remembers Geoff, who was a remarkable leader, a scholar and an athlete. I remember Geoff as one of the most responsible people I ever met, meaning he fully embraced his role and obligation as a citizen and friend. Geoff served in as many campus organizations as almost anyone else. He was always involved in classes, always available to talk and share his time. After SHHS, Geoff went on to Stanford University with 3 other members of his class, and not long after he graduated, met with an untimely death.

Many others knew Geoff much better than I did, but I've never forgotten what an outstanding human being he was, and I never will.

Born in Tulsa, Oklahoma, as a young boy Jim’s parents moved west to California, but he spent summers enjoying Oklahoma with his beloved relatives. A true cowboy at heart who always sought to do the right thing, this rooted Jim’s character and code of ethics throughout his life. Additionally, an important milestone in his life was accepting Christ as his Savior at a Billy Graham crusade, where he also met the evangelist.
Jim loved people and they loved being his friend; he had very fond memories of his growing up years in Fullerton California where he attended Sunny Hills High School. Through his best friend from high school Jim met his future wife, Tyler, as she too shared a love of all things cowboy related. Jim and Tyler married in 1979 and continued their adventure together, living 8 years in Alaska and 30 years in Oregon.
Jim’s intense work ethic and commitment to serve others rewarded both his customers and employers. During his 35+ year sales career, Jim drove over 1.5 million miles in six western states, providing solutions to his many customers.
Everyone who knew Jim would say he was a loyal and authentic friend, a true gentleman. Jim was generous with his time and resources without the need of a spotlight or big display of gratitude. Honest, reliable, and dedicated to friends and family, he was very diligent in his role as beloved Godfather and “Uncle Jimmy” to Ryan and Jordy
Jim is survived by his wife, Tyler, cousins in Oklahoma, and his many friends who he considered his extended family. God Bless Jim Magee…We miss you, but will never forget you.
Happy Trails…till we meet again!

From the OC Register:

John died peacefully at home of cancer. Born in Pasadena, CA, he lived most of his life in Fullerton, with the last two years in Anaheim. Graduating from Sunny Hills High School in 1977, he studied journalism at Fullerton and Humboldt State University. He wrote for the Fullerton Observer and the St. Jude Brain Injury Network.

He is survived by his mother, Anita; sister, Maureen; brothers, James (Lori) and Paul; and four nephews. He was preceded in death by his father, John, last year, and older brother, Brian in 1994.

In lieu of flowers, the family suggests that you please make a donation to the St. Jude Memorial Foundation at P.O. Box 4138, Fullerton, CA 92834.

Larry passed away in his home peacefully. Larry was a wonderful father and grandpa of four grandsons. He will always be in our hearts..

Do not know all the details yet.

Stan was every bit as well liked and respected as his older brother Gary, although he had a different nature and personality. We remember Stan as a quiet guy from our West Fullerton nature, a good athlete and a kind hearted gentleman.

After SHHS, Stan entered the United States Army and was eventually killed in Vietnam. He was the second or third SHHS graduate to lose his life that way.

Stan is also dear to our hearts and will never be forgotten.

God bless you, too. Stan. 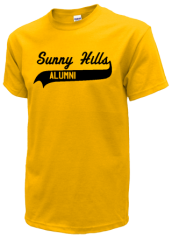 Read and submit stories about our classmates from Sunny Hills High School, post achievements and news about our alumni, and post photos of our fellow Lancers.

Even though I went to Sunny Hills for only three years I still proudly wear my class ring. I live in Washington now and ...
Read More »