Have you lost your Springfield High School class ring? Have you found someone's class ring? Visit our Spartans lost class ring page to search for your class ring or post information about a found ring.

Dennis Collett
Class of 1967
Army, 20+ Years
Served in Vetnam in the regular army. then went into the reserves. Served in Saudia Arabia and currently stationed in Irag until September of 2007
Report a Problem

Dennis Rick
Class of 1967
Army, 20+ Years
It was a blast. A Company 75th Rangers
Report a Problem

Harold Mizner
Class of 1967
Army, 3 Years
Went into army following graduation. Spent 14 months in Camp Casey, Korea and then remainder of time in Augsburg, Germany. My younger brother Darrell was killed in Vietnam. I learned later they called his unit 'the walking dead'. So, so, sad!
Report a Problem

Jeffrey Recob
Class of 1979
Navy, 5 Years
Persian gulf 1980 and 82 thought we were going to go at it with Iran but they got scared did a really stupid thing in Italy also
Report a Problem

Leroy MArtin
Class of 1957
Navy, 20+ Years
Served four years active duty and 19 years in the Reserves. Retired in 1984 with the rank of Commander.
Report a Problem

Served in the infantry for 3 years at FT. Benning, Georgia and at FT. Hood, Texas

Ron Hansrote MD
Class of 1952
Air Force, 10 Years
Naval Aviator/Flight Surgeon Pensacola Fla, USS Lexington
As Naval I was transferred to moved to the Marines Squadron V-MT at Cherry Point,N.C. , Commander of Outpatient Clinic and Asst. Hospital Commander while Serving V-MT!. A Combat Ready Squadron ( Viet Nam was going strong and personal at premium. finished that tour and.,was Recruited as a Deputy Air Surgeon for for The Federal Aviation Administration , At that time they encouraged to hold military status and transferred to the Air Force due to the drawdows in the Navy/ USMC , Was Assigned tn the one of two Combat Ready Air Force Force units flying the F-16, Which suited me fine,The 482 Fighter Wing,93 th Flighter Squadron, In this position I participated as Airfare Medical Operation in the Shuttle program. I retired As Col. joining facility at nearby Florida Tech.. in Melbourne, Fla. in a way was a Graduate School For Aerospace NASA.is the Dean of Engineer is is a ex- astronaut
,And a Navy Pilot. I Am a Retired Professor in his Dept.. 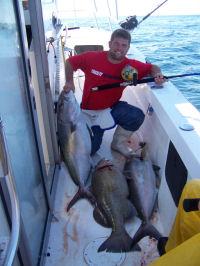 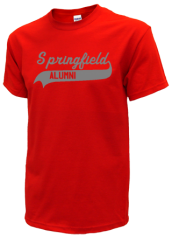 Read and submit stories about our classmates from Springfield High School, post achievements and news about our alumni, and post photos of our fellow Spartans.

View More or Post
In Memory Of
Our Springfield High School military alumni are some of the most outstanding people we know and this page recognizes them and everything they have done! Not everyone gets to come home for the holidays and we want our Springfield High School Military to know that they are loved and appreciated. All of us in Akron are proud of our military alumni and want to thank them for risking their lives to protect our country!