Have you lost your Spring Lake Park High School class ring? Have you found someone's class ring? Visit our Panthers lost class ring page to search for your class ring or post information about a found ring.

Beth passed away at the age of 44. She was very pretty, kind of shy and could win you over with her beautiful smile. She had two older sisters Stephanie and Lori. She was also survived by her mother and her soul mate Jerry. She lived in Fridley.

Billy 'C' was a sports guru/historian to say it mildly. He played basketball and baseball growing up and coached high school baseball. A true New England Patriots fan. He knew a lot about a lot of things. A Mr. Know-It-All in the nicest way possible. Beloved by all because he was happy all the time. He loved to hunt and fish as well. His family and many friends will always miss him.

Blake was a friend to many people all classes around his. He loved sports and music (guitar) and more than anything else his children.
If there's a rock an roll heaven, then you know they have a hell of a man in that band.

So sad to announce that Bruce passed away on March 19, 2020. Our support, thoughts and prayers are with Bruce's family. Bruce was a great person and always brought a smile to your face. He was the kind of person that let you know he was glad to see you and always gave you a hug when saying goodbye. Rest in peace.

Gerrell was an easy going guy in high school who really came into his own after graduating. Those who knew him, remember a guy who was really likable and funny. He grew up in Fridley, was married, and lived in Somerset, Wisconsin.

He died in line of duty at his work as Traffic Officer for City of Los Angels. He had biggest heart and wackiest sense of humor. We will miss him.

Jeff was very successful in whatever aspect of life he put his mind towards, especially his loyalty to family and friends. He had a great sense of humor, always upbeat, supportive, and very humble. He's probably up there hitting a bucket of balls right now. LOL!

Jim was a hard working all around good guy. He had a very successful career in the machining industry stemming back to his high school days. He was on the wrestling team where he wrestled at 130 to 150 lbs. Later in life, he spent quality time at his cabin in northern Minnesota.

If you ever knew someone who lived life to the fullest, well they got beat by Karl. He was the life of every party. The king of having a great time. How couldn't he since he was surrounded by all those brothers. 43 years wasn't a long time but it certainly was quality time. All of his friends know that. Which was many. That's him on the right with brother Peder.

Ken had a vast amount of friends mainly because he loved life. Always upbeat and happy, mischievously fun and really knew how to lead the party. He was a creative genius which led to being a success in many venues. Most importantly, his happiest moments were when he talked about his kids, you could see it in his eyes.

Sam died in a motorcycle accident.
If you knew her you won't forget her.

Pete was a great guy, well loved by many. He was a hell of a wrestler who always lit up each and every room he entered. Somewhere around 5' tall he walked around much taller, always poking fun at someone. He was survived by his wife Tracy and his father.

Sharon died from complications of Systemic Sclerosis, or Scleroderma. We would've been married 40 years this last March 31, 2017. 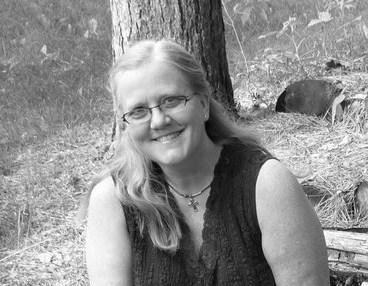 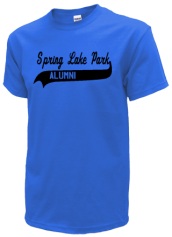 Read and submit stories about our classmates from Spring Lake Park High School, post achievements and news about our alumni, and post photos of our fellow Panthers.