Have you lost your South Lewis High School class ring? Have you found someone's class ring? Visit our Falcons lost class ring page to search for your class ring or post information about a found ring.

Colonel R.J. White
Class of 1982
Marine Corps, 20+ Years
Currently serving with 22 years of commissioned service and over 25 as a Marine. Tours of duty include 2d MARDIV, 3d MARDIV, 4th MARDIV, HQ Marine Corps, HQ Marine Forces Atlantic, HQ Marine Forces Reserve. Recently promoted to Colonel. It is a long way from Port Leyden. Thank you Coach MaCauley (RIP) and Joe Skowyra, for seeing in me what I was unable to see in myself. Of the many people whom I've met and forgotten, you will never be among them. Semper Fi.
Report a Problem

CYNTHIA J. MOREY
Class of 1973
Navy, 20+ Years
CINDY SERVED BOTH ARMY AND NAVY FOR A TOTAL OF OVER 24 YEARS. LT/USN/RET
Report a Problem

Darrell L Dailey
Class of 1968
Army, 14 Years
I served active duty for three years, spending 18 months in Vietnam, with the 85th EOD ( bomb disposal unit) stationed in Pleiku from 9/13/69 to 4/17/71. I then served 11 years in the Army Reserve Company B 479th Engineers in Massena, NY. I currently work with veterans through our county's hospice and palliative care program. I am a life member of VFW Post 1143, Life member VVA , American Legion Post 905, and AMVETS Post 4.
Report a Problem

Jerrylee A. Reynolds
Class of 1985
Army, 20+ Years
Served 21 years as a wire systems installer. Deployed to Iraq in 2003 and 2005. Retired honorablely.
Report a Problem

John T. Perry
Class of 1968
Air Force, 20+ Years
Served in Vietnam 1970,71. Duties in the military were mostly Flight Simulator technician. Those learned skills were valuable and helped me land a job with Lockheed Martin for over 20 years with various simulators.
Report a Problem

Roger Burnham
Class of 1968
Army, 20+ Years
Roger enter the Navy 5 days after graduating in 68 serviced on submarines during Vietnam and then enter the Army in 75 to complete the 22 + years working with the Corps of Engineers retired in 91
Report a Problem 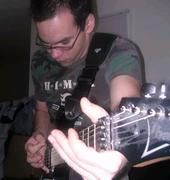 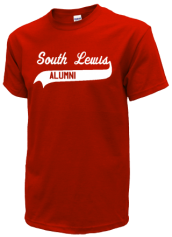 Read and submit stories about our classmates from South Lewis High School, post achievements and news about our alumni, and post photos of our fellow Falcons.

Charlie Brown's Community Theatre is still looking for actors and actresses for this springs production!! Email me for m...
Read More »

View More or Post
In Memory Of
Our South Lewis High School military alumni are some of the most outstanding people we know and this page recognizes them and everything they have done! Not everyone gets to come home for the holidays and we want our South Lewis High School Military to know that they are loved and appreciated. All of us in Turin are proud of our military alumni and want to thank them for risking their lives to protect our country!