Have you lost your South Kitsap High School class ring? Have you found someone's class ring? Visit our Wolves lost class ring page to search for your class ring or post information about a found ring.

She was born December 1st, 1956 to Catherine Clark and Herbert McClintock in Aurora, Colorado. Her family moved to Port Orchard in 1959 and she remained here for her lifetime. Gail graduated from South Kitsap High School in 1975.

In 1982 she married her partner and best friend John Alagna where they made their home in South Colby, Washington and together raised two boys.

Gail will always be remembered for her strength and courage to overcome any adversity along with her giving heart which reached out to help others regardless of the circumstances. She loved crafting, crochet, animals and the camaraderie of great friendships.

She was preceded in death by her mother and father, sister Ava Jean McClintock and step-son Arden Alagna. She is survived by her husband John, step-son Elias Alagna (Rachael), Nephew Derik McClintock (Heather) and four grandchildren: Blake, Sheva, Lily and Zoe.

At her request there will be no service. Donations to honor her memory can be made to either Saint Jude's Children's Hospital or The Lymphoma Research Foundation.
Published in Kitsap Sun on Mar. 22, 2019

Shawn was taken from us last year. He had moved to Alaska and had started a new and exciting life. But one night in March a man decided his life meant less and murdered him, then took his own life. Shawn was selfless and loving and he left this life in that exact way

Stephanie passed away from a long battle of cancer

Will Smith lived in New Mexico where he went to school for 3D animation. After graduation he moved in with his long time on and off girlfriend. Depression ended his life. He was trying to change his life. He wished to get out of NM and fix old wounds. When he last talked to me he was attempting to fix things with his family but was not successful. He will be misses. 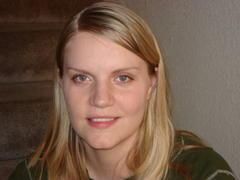 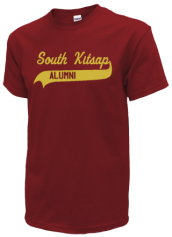 Read and submit stories about our classmates from South Kitsap High School, post achievements and news about our alumni, and post photos of our fellow Wolves.

I never realized that Melvin lived in Washington during this time. My dad was getting ready to go to war. Any photos or ...
Read More »