Have you lost your Shippensburg Area High School class ring? Have you found someone's class ring? Visit our Greyhounds lost class ring page to search for your class ring or post information about a found ring.

Danielle was the most caring person ever. She had a bright future ahead of her. Although, her life was cut short by a tragic car accident, she had an impact on many people lives.

Matt was my best friend. I can't believe he has been gone for over three years. Let his passing be a lesson to respect the differences of other people. If everyone was the same, this world would be pretty boring. There will NEVER be anyone like him again!

He was one of my best friends. We spent nights and nights together, singing that song by Savage Garden..."I Want you". I miss him terribly. With the time going by and all that is going on with people abusing others because of their differences, I just wanted to say I love you, Matt and you are in my heart forever...I think of you every day! 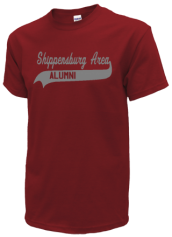 Read and submit stories about our classmates from Shippensburg Area High School, post achievements and news about our alumni, and post photos of our fellow Greyhounds.