Have you lost your Shepherd High School class ring? Have you found someone's class ring? Visit our Blue Jays lost class ring page to search for your class ring or post information about a found ring.

Chase Stevens
Class of 2002
Marine Corps, 6 Years
Did 3 tours in Iraq and recently returned from Afghanistan.
Report a Problem

Chaz Carter
Class of 2006
Marine Corps, 2 Years
In Iraq at the moment. Drives a tank.
Report a Problem

David Stickler
Class of 1989
Marine Corps, 4 Years
Went to boot camp after graduation. During 4 years served during the first Persian Gulf War. Is a Marine Veteran. Traveled to numerous places most memorable the Far East countries.
Report a Problem

Dick Kennedy
Class of 1962
Air Force, 4 Years
I was an aeromed tech in the USAF from l964-67 which included a tour of the Phillipines, Thailand and Vietnam. Upon separation I attendec LPN School and then CMU, where I obtained a MA Degree I then became an administrator for 30 yrs in Vocational/Technical ED.
Report a Problem

Ron Cline
Class of 1983
Army, 20+ Years
A Grunts "GRUNT". Retired Infantry Disabled Veteran. 1st Infantry Divison. Served Proudly all over the US., in Germay, Korea, Saudia Arabia, Jordan, The Gulf War and The War on Terrorism.... "People sleep peaceably in their beds at night ONLY because rough men stand ready to do violence on their behalf".
Report a Problem

Thomas R Scott
Class of 1965
Navy, 4 Years
Joined Reserves when 17, finished High School went for training in Md, left for California, spent 1 year in Vietnam, back to east coast 1 med cruise and then back to Norfolk to finish up
Report a Problem
12 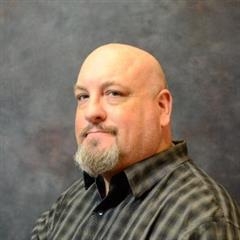 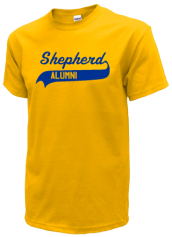 Read and submit stories about our classmates from Shepherd High School, post achievements and news about our alumni, and post photos of our fellow Blue Jays.

View More or Post
In Memory Of
Our Shepherd High School military alumni are some of the most outstanding people we know and this page recognizes them and everything they have done! Not everyone gets to come home for the holidays and we want our Shepherd High School Military to know that they are loved and appreciated. All of us in Shepherd are proud of our military alumni and want to thank them for risking their lives to protect our country!