Have you lost your Seminole High School class ring? Have you found someone's class ring? Visit our Warhawks lost class ring page to search for your class ring or post information about a found ring.

Attila J. Bognar
Class of 1979
Army, 20+ Years
Served 22 years as a US Army Officer. Commissioned as a 2LT from THe Citadel in 1983 and retired from service as a Lieutenant Colonel in 2005.
Report a Problem

Michael Haynes
Class of 1988
Army, 20+ Years
Retired First Sergeant (1SG), Entered as Combat Medic, served in many campaigns and over 11 duties in and out of the US. Retired in San Antonio, Texas, where I perform as a Regional Emergency Manager for 13 Medical Hospital. Tights Lines.
Report a Problem 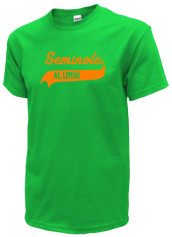 Read and submit stories about our classmates from Seminole High School, post achievements and news about our alumni, and post photos of our fellow Warhawks.

The current PTSA is looking for an alumni to speak at our upcoming 2013 Homecoming Night. We have heard from our studen...
Read More »

View More or Post
In Memory Of
Our Seminole High School military alumni are some of the most outstanding people we know and this page recognizes them and everything they have done! Not everyone gets to come home for the holidays and we want our Seminole High School Military to know that they are loved and appreciated. All of us in Seminole are proud of our military alumni and want to thank them for risking their lives to protect our country!