Have you lost your San Marino High School class ring? Have you found someone's class ring? Visit our Titans lost class ring page to search for your class ring or post information about a found ring.

MEMORIES OF AMIR GANIEL
In the fields teaching and coaching there always would be a distribution of individuals relative to performance. Some would rise to the top, but it would be few. Amir Ganiel (b. January 6, 1963 d. May 14, 2018) was both academically and athletically superior. Amir was a hyper-focused swimmer and student. It was a gift to have had him as part of my life.
Dr. Uri Ganiel came to Caltech in 1969 for a yearlong sabbatical. Uri and wife Dahlia brought their six-year old son Amir to the Caltech pool for swimming lessons. Amir was in my beginning swimming class, but the potential he held was immediately obvious. Amir was soon on the Caltech swim team.
At the end of Uri’s sabbatical, the family returned to Israel. It would be years until I heard from them. One night in 1977, I got a call from Uri. I remembered him, as he would regularly have swimming questions for me as Amir got started on the team.
On this call in ‘77, Uri told me he was coming back to Southern California for another teaching sabbatical at U.S.C. He told me that he had just got off the phone with Al Schoenfield, editor of Swimming World magazine. He had asked Al for recommendations for a high school for his 14-year-old son, Amir. Amir had been rewriting the Israeli record book in distance swimming. Uri told me that Schoenfield said Amir should go to San Marino High School. Uri added that he had also queried USC coach, Peter Daland, about where to enroll Amir. Daland had suggested San Marino High. Uri also called Don Gambril in Alabama with the same question. He got the same answer. So, Uri told me that Amir would be matriculating at San Marino for the 1977-78 school year. It turned out that Amir would stay through 1980.
On each of Amir’s three seasons of swimming, he was named to the All-American high school honor roll. In 1978 he was second in the 200 free and third in the 500 free. Dennis Scannell, who became a life-long friend, was the winner in both of those events. The 400-freestyle relay, with Amir and Dennis on it, set a high school national record of 3:07.87. Dennis has referred to Amir as being a “mensch”, a very endearing compliment.
San Marino High, a school of just less than 1000, was in the smaller school division of the California Interscholastic Federation divisions in southern California. But, after winning that section for four consecutive years, San Marino was moved to the 4A, or largest division. That meant going against Mission Viejo. For the previous four years, Mission Viejo had not only been the 4A champs, but were also the national champs.
Amir’s San Marino teams of ’79 and ’80 still placed near behind Mission in C.I.F. those years. Amir was fourth in the 200 and 500 free events in ’79. In 1980, as a team captain, Amir was second in the 200 free and third in the 500 free.
1980 was Amir’s year to represent Israel in the Moscow Olympic Games, but political decisions brought about the U.S. and many allies boycotting the Games. Amir was to have represent Israel, but as a U.S. ally, Israel also joined the boycott.
After graduation from San Marino H.S., Amir chose the University of Southern California for his undergraduate work. He was a solid member of the Trojan swim team. Amir was set on being a doctor. He went back to Israel’s Ben Gurion Medical School. In 1991, he was a fully qualified thoracic surgeon. Knowing Amir as a dedicated, disciplined person, I would be confident that his patients would say, “Dr. Amir Ganiel is the best Thoracic Surgeon in the world.”
Amir is survived by his wife Dana; mother and father, Uri and Dahlia; his sister Cali; and his three children Yael, Gal, and Imri.
Imri, made the Olympic Team for Israel in the 2012 Olympics. It fulfilled Amir’s dream.
The world was a better place having Dr. Amir Ganiel for 55 years. He has left a legacy that will live on.
Burt Kanner – San Marino Swim Coach and Math Teacher 1969-1992

Lived life in the fast lane ...
Drove a school bus for a living!
Twin brother of John Stanley (Middlebrook) Garrison 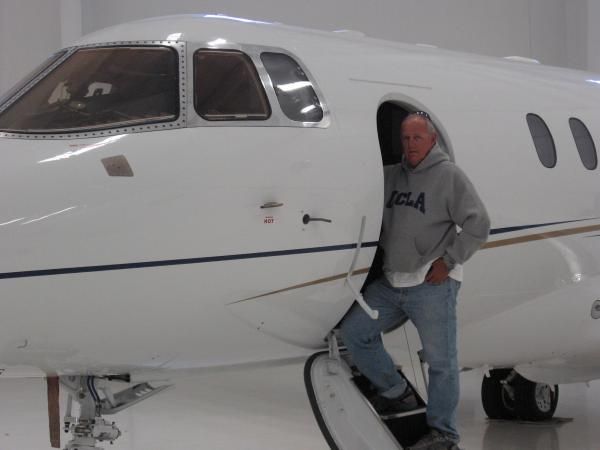 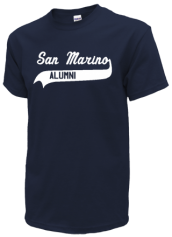 Read and submit stories about our classmates from San Marino High School, post achievements and news about our alumni, and post photos of our fellow Titans.