Seems to me that Carey died just a couple of weeks before Gil Brown. So sad. I was able to go to Carey's memorial, but missed Gil's because I couldn't get off work again. Just can't remember when.

I'M NOT TOTALLY SURE HE WAS IN CLASS OF '63, SO IF YOU KNEW HIM, PLEASE LET ME KNOW. HE WAS MY FATHER AND MY MOTHER KEPT ME FROM HIM. larbosnyree@hotmail.com

My brother, Don Burke, passed away suddenly on August 30, 2013. He suffered a heat stroke then cardiac arrest. He was a graduate of the class of 1980.

Sadly, my dear friend Gail Van-Arnhart, 46, of Castaic passed away on June 27, 2007 following a three year battle with leiomyosarcoma. Gail was surrounded by her loving family including her husband of 23 years, Tim Arnhart, and 13-year-old son, Dalton Arnhart.

I just found out Gil Brown Passed away several weeks ago.

In loving memory of my husband. He
loved his family his job, and he had such fond memories of his his High School and friends. He especially enjoyed being at the last reuion he attened. He had been sick for several years. He did not fear death. In Christ's grip. His loving wife, Tina Larkin

John passed away on May first or second of meningitis at his home in Oregon. There will be a service in Oregon on May 19th and one is being planned for later in San Luis Obispo.

A doctor at Sierra Vista Hospital where Keith Yecny died said that a “significant event” had blocked the flow of oxygen to his brain for eight or nine minutes. He was in a coma for five days in intensive care and never regained consciousness.

Passed away September 28, 2006, leaving Susan his wife, Kristen his daughter, and Larry Jr his son, in Reno, Nevada.


Leo J. Barredo, 48, from Santa Maria, CA, passed away on September 16, 2008 from a sudden illness. His passing has been a shock to his family and friends. Leo was a devoted father, son, and brother who went out of his way to help others before thinking of himself. He will be greatly missed by everyone.
Leo was born in Manila, Philippines on April 15, 1960. At the age of eight, Leo moved to the United States with his family and settled in San Francisco, CA. A few years later he moved to the Central Coast and has been here ever since. He completed his early education at San Luis Obispo, CA, graduating from San Luis High School. He also attended Cuesta Junior College and Allan Hancock College where he studied Automotive Technology.
He enjoyed collecting and re-building vintage mustangs, body building, and had a passion for good food. If you needed information on a car, all you had to do was call Leo. He had a knack for figuring out complicated machinery and troubleshooting mechanical and electrical equipment which attributed to his great success while working at Plantel Nursery as their Maintenance Engineer for the last 15 years. He was well-loved and respected by his peers.
He is survived by his 3 loving children: Justin Barredo, 22, of San Diego, Chelsea Barredo, 19, of Los Angeles, and Shelby Barredo, 14, of Santa Maria. He is also survived by his parents, Ed and Dee Barredo of Santa Maria, his brother Larry (Melissa) Barredo of Santa Maria, his sisters, Cynthia (Ron) Reccord of Nipomo and Christine Rusconi of the Bay Area, nephew Lance Barredo and niece Brooke Barredo, both of Santa Maria.
A viewing will take place at the Dudley Hoffman Mortuary from 3:00-8:00pm on Thursday, September 25, 2008. A recitation of the Holy Rosary will also take place at Dudley Hoffman at 6:30pm. A Holy Mass to celebrate Leo's life will be on Friday, September 26, 2008 at 2:00pm at St. Louis de Montfort Church.
In lieu of flowers, memorial contributions for the children can be made to the Leo Barredo Memorial Fund at the Community Bank of Santa Maria.
Arrangements are under the direction of Dudley-Hoffman Mortuary & Crematory.

Lisa Thorup Trudo, age 48, passed away in Phoenix, Arizona on Saturday April 27, 2019 due to complications of kidney failure and Valley Fever. Daughter of Herman Christian Thorup and Grace Darlene Moldenhauer; Lisa graduated from San Luis Obispo High School in 1989, attended DeVry Institute of Technology in Phoenix, Arizona from 1989 to 1990 where she met her husband of 26 years, Steven Trudo, they were married in Phoenix, Arizona on March of 1993 and sealed for time and eternity in the Mesa Arizona Temple of the Church of Jesus Christ of Latter day Saints 10 years later to the day. Lisa had 2 true callings in life, the first to be the mother of her 3 children and the other was Family History. She served as the Family History Director from 2016-2018, but has worked on her personal family history almost her whole life; on top of that, she would teach anyone who would listen how to find names they were searching for. She broke many barriers that were preventing work from being done for those who have passed before her, such as the Moldenhauer and Zevatkusky lines. She enjoyed being with her family, playing flute, playing volleyball, singing, collecting cards, thrift shopping especially when she would find anything related to Snoopy and his family. She was an avid Dodger fan until the diamondbacks came to Arizona then her loyalty changed. She cherished watching wildlife such as tigers, pandas, orcas, and dolphins. She enjoyed watching old-school television such shows as Adam-12, Perry Mason, M*A*S*H, and match game. But most of all she loved the Peanuts characters, especially Snoopy. She is preceded in death by her father, Herman; mother, Grace; and older sister Jayna McNeal (Thorup). She is survived by her husband Steven Trudo; her children: sons Tyler and Alix Trudo, daughter Katrina Trudo; her brothers: Terry (Irene) and Brooks (Jennifer); her sisters: Anne and Kerstin; her brother-in-law Gary McNeal; her father-in-law Robert Trudo (Adrienne); her sister-in-law Donna Satches (Randy); her niece Kara Satches(Dan); and her nephew Michael Satches (Jessica); her brother-in-law David Trudo (Jasmine). Services will be held at The Church of Jesus Christ of Latter-day Saints at 4748 W. Orangewood Ave, in Glendale, Arizona on Saturday May 18th at 10:00 am with a viewing at 9:00 am and on Friday May 17th from 6:00 PM – 8:00 PM. In lieu of flowers, please donate a Snoopy stuffed toy to the Phoenix Children’s Hospital.

Ron was my husband. He also graduated from San Luis High School, class of '63. 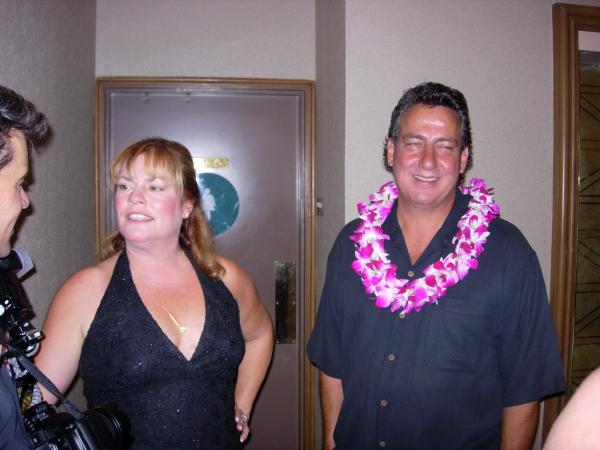 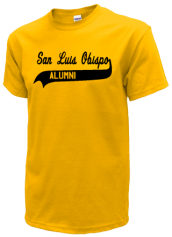