Have you lost your San Lorenzo High School class ring? Have you found someone's class ring? Visit our Rebels lost class ring page to search for your class ring or post information about a found ring.

Billy Jack Lewis
Class of 1955
Army, 20+ Years
Billy Jack joined the U.S. Marines in 1955 soon after graduating from San Lorenzo High School in California, served four years (1955-1959) then a short time in the Reserves. Within a few months, he enlisted in the U.S. Army in 1959 and served in the 101st Airborne Division, the 82nd Airborne; and the 173rd Airborne. He was a proud member of the elite U.S. Army Airborne Ranger Special Forces, the Green Berets.

He served two tours in Vietnam and was wounded during battle, suffered a broken neck. He was medivac to Japan, then back to the States. Even after the recuperation process was over, he continued to parachute out of "perfectly good airplanes." Throughout his military career, he was awarded many decorations, medals, badges, commendations, citations, and campaign ribbons. Among them, the Purple Heart; Bronze Star; Army Commendation Medal with "V" Device and First Oak Leaf Cluster; Combat Infantry Badge; Special Forces Tab (Green Beret); Ranger Tab; Master Parachutist Wings; and many others.

His last military assignment was at Field 6, Camp Rudder, Eglin Air Force Base, Florida in the 1st Ranger Company 1st Battalion, as a Ranger Instructor. Billy Jack retired from the U.S. Army on 1 August 1977 with over 22 years of military service.

Dennis Skiffington
Class of 1957
Marine Corps, 4 Years
Joined the Marine Corps 2 weeks out of High School. Was a Radio Repairman in Marine Aviation. Stayed in 'Defense Electronics;' my whole career, retired as a DOD civil servant in 2000, been living in Louisiana since retirement, sponging off the in-laws...!
Report a Problem

Eric Reid
Class of 1965
Army, 20+ Years
Enlisted after graduation. Attended OCS. Served two tours in Vietnam, one as an armored cavalry officer and one as a helicopter pilot. Retired in 1985
Report a Problem

Mitchell Fowler
Class of 1964
Marine Corps, 5 Years
Served in Vietnam 1966 to 1967 with the 9th Marine Regiment
Report a Problem

Robert Harkness
Class of 1964
Army, 4 Years
After completing Basic Combat Training at Fort Ord, CA, Basic and Advanced Russian Courses at the Defense Language Institute at the Presidio of Monterey, CA, and the Joint Services Security School at San Angelo, TX, served in the Army Security Agency in Germany in military intelligence at Bad Aibling, Rothwesten, and Gartow.
Report a Problem 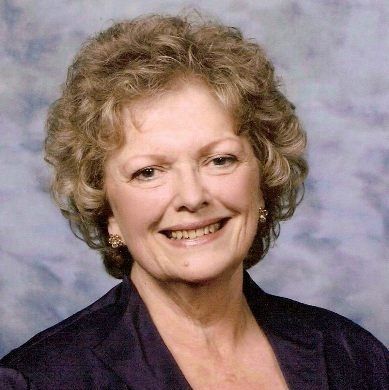 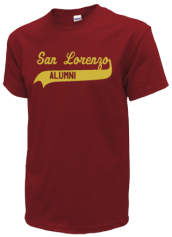 Read and submit stories about our classmates from San Lorenzo High School, post achievements and news about our alumni, and post photos of our fellow Rebels.

ALL REBEL ALUMNI AND STAFF ARE INVITED!!!!

ALL REBELS ~ Plans have been finalized. DANCE PARTY Part II is here !! Shbooms has raised the rates this year to 39.00 e...
Read More »

View More or Post
In Memory Of
Our San Lorenzo High School military alumni are some of the most outstanding people we know and this page recognizes them and everything they have done! Not everyone gets to come home for the holidays and we want our San Lorenzo High School Military to know that they are loved and appreciated. All of us in San Lorenzo are proud of our military alumni and want to thank them for risking their lives to protect our country!