Have you lost your Sam Rayburn High School class ring? Have you found someone's class ring? Visit our lost class ring page to search for your class ring or post information about a found ring.

She was loved by many classmates who knew her she was at our senior prom and even graduated with our class. She was a diabetic and passed away sometime in 2001.

CECIL LAMAR LANIER, age 60, passed away on November 6, 2009, in Fort Worth, Texas. Cecil was born in Galena Park, Texas on September 18, 1949. He grew up in and also attended schools in the Pasadena area and earned the respected medal of Eagle Scout before graduating from Sam Rayburn High School in 1968. Cecil then attended Sam Houston State University where he met the love of his life, Marcy, with whom he was married to for 37 years. He would later earn his Master's in Education from the University of Houston. Shortly after graduating from Sam Houston State University, Cecil began teaching and impacted the lives of hundreds of students in Pasadena, La Porte, and Galena Park school districts until he retired in May of 2009. Cecil loved music and sang with the Houston Symphony Chorus for many years. He will be remembered for his sense of humor but more so for his generosity in all things and his genuine kind nature. He was loved and will be missed by many. Cecil was preceded in death by his mother and father, Maxine and Shorty Lanier. Left to cherish wonderful memories of our beloved Cecil are his wife Marcy, daughter and son-in-law Molly and Parker Ruppert and granddaughter Brennan Ruppert, as well as many loving extended family members and dear friends.

According to the family, Dennis passed away from a heart attack.

Robert was a 1955 graduate of Baylor University with degrees in History and Art.He retired from Pasadena ISD after teaching 35 years. He was a social studies teacher and golf coach at Sam Rayburn High School from 1964-1991. He was also a well known artist in Pasadena and president of Pasadena Art League and a member of the Deer Park Art League and the Gulf Coast Art Society. His hobbies were painting, golf and supporting the Baylor Bears.

Ronald Ã¢ï¿½ï¿½RonÃ¢ï¿½ï¿½ Charles Manger, 43, of Pasadena, passed away Thursday, June 04, 2009. He attended Sam Rayburn High School and was always kind and compassionate to those he knew. Ron loved all the neighbors from the Super 7 in Pasadena where he worked for over 10 years. They were his second family. His passions in life were his nieces and nephews whom he always treasured. Ron loved the old soaps which he began watching as a kid with his mother at his side. Cooking and movies were his entertainments. 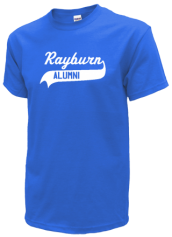