Have you lost your Saint Francis High School class ring? Have you found someone's class ring? Visit our Fighting Saints lost class ring page to search for your class ring or post information about a found ring.

Randy Stone
Class of 1977
Air Force, 20+ Years
After Basic in San Antonio, I was assigned to, in order:

Richard Bell
Class of 1979
Navy, 20+ Years
Highest rank held was Command Master Chief. Served as bridge officer and expert in the field of Marine ROV's, sonar and finding things lost at sea. Taught at the graduate/Phd level before retiring in south Texas in 2003.
Report a Problem

Robert P. Plaisted
Class of 1999
Navy, 6 Years
Currently enlisted member who protected chaplains in Iraq working with the Marines, OORAH! Currently visiting MN to become an officer then a pilot. Involved with another war: fighting cancer in the brain.
Report a Problem

Tom Andor
Class of 1994
Army, 12 Years
1SG Andor has served in the 82nd airborne division for the past 12 yrs and is a proud father of 5 yr old Haley and 9 yr old Sean.
Report a Problem 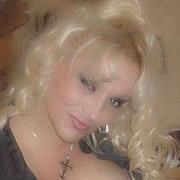 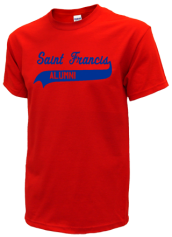 Read and submit stories about our classmates from Saint Francis High School, post achievements and news about our alumni, and post photos of our fellow Fighting Saints.

View More or Post
In Memory Of
Our Saint Francis High School military alumni are some of the most outstanding people we know and this page recognizes them and everything they have done! Not everyone gets to come home for the holidays and we want our Saint Francis High School Military to know that they are loved and appreciated. All of us in St Francis are proud of our military alumni and want to thank them for risking their lives to protect our country!