Martin Steinberg
Class of 1960
Air Force, 4 Years
3 years USAF in Japan and lived there 9 years as a civilian. Now live in Palmdale, CA Married to Ann for 33 years. martinpsteinberg@gmail.com
Report a Problem

Peter Petrovich
Class of 1965
Navy, 6 Years
Ship's Serviceman 1st Class. Served aboard the USS Forrestal CVA-59 an Aircraft Carrier. We operated 10 different retail stores, then managed all ten and became a buyer for them.
Served in Viet Nam during 1967. A series of fires and bomb explosions killed 134 and wounded many others. I too was injured and was given total disability by the Veterans Administration. Presently, my concern is working as an advocate with a Veterans Advisory Council for Vets with PTSD.

Peter Petrovich
Class of 1965
Navy, 4 Years
Served aboard the USS Forrestal 4 years. Was on board during fatal fire which ocurred on July 29, 1967.
Report a Problem

William (Bill) Klein
Class of 1939
Navy, 3 Years
I was in the US Navy from July, 1942 to December, 1945. My rating at discharge was Chief Electronic Technician. I served in the Aleutians, Hawaii, Saipan and the Philippine Sea as an electronic warfare specialist.
Report a Problem

William Klein
Class of 1939
Navy, 3 Years
I served in the US Naval Reserves from July, 1942 to December, 1945. as an Electronic Technician. Most of that time was in the Pacific Theater of Operations - the Aleutian Islands, Pearl Harbor and temporary duty on the USS Indianapolis in the south Pacific. My rating when discharged was Chief Petty Officer.
Report a Problem 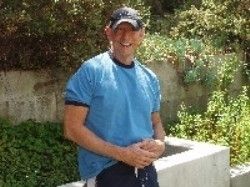 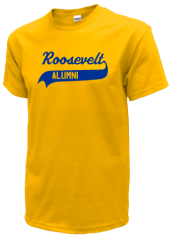 What is a Roosevelt Alum; (A True Rough Rider)

A true Rough Rider was someone who came to Roosevelt from various negihborhoods, such as Division Street, Palmer Square...
Read More »

View More or Post
In Memory Of
Our Roosevelt High School military alumni are some of the most outstanding people we know and this page recognizes them and everything they have done! Not everyone gets to come home for the holidays and we want our Roosevelt High School Military to know that they are loved and appreciated. All of us in Chicago are proud of our military alumni and want to thank them for risking their lives to protect our country!