Billy Duren
Class of 1975
Air Force, 20+ Years
Served in Korea, Phillippines and England. In Texas, Louisiana and Michigan Concus. I worked B-52's, F-4's and some special project aircraft. Overall, it was a very rewarding expereince.
Report a Problem

Gerald Brand
Class of 1984
Marine Corps, 8 Years
Served in the Infantry and as a marksmanship Instructor at Quantico Va.
Report a Problem

This update was provided by Ken Strom (Class of 78).

I WAS A FIRST CLASS AIRCREW SURVIVAL EQUIPMENT PETTY OFFICER

Marty B. Jones
Class of 1983
National Guard, 12 Years
Sergeant First Class Marty B. Jones spent 8 years in the Army with the 82nd Airborne. He served in the Persian Gulf War. He is now a member of the National Guard in which he is a Recruiter. He served one year in Iraq with the 115th Signal Battalion Unit out of Florence. He now works out of Athens as a Recruiter.
Report a Problem 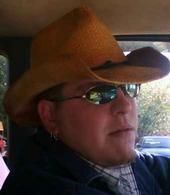 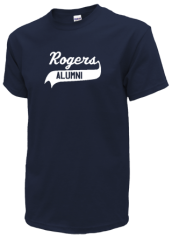 Post Your News
In Memory Of
Our Rogers High School military alumni are some of the most outstanding people we know and this page recognizes them and everything they have done! Not everyone gets to come home for the holidays and we want our Rogers High School Military to know that they are loved and appreciated. All of us in Florence are proud of our military alumni and want to thank them for risking their lives to protect our country!