Have you lost your Rockville High School class ring? Have you found someone's class ring? Visit our Rams lost class ring page to search for your class ring or post information about a found ring.

Bonnie J Tierney
Class of 1973
Air Force, 19 Years
Served on active duty both in the enlisted and officer ranks. Entered the Air Force during the end of the Vietnam conflict and served in the enlisted ranks for eight years. Was commissioned a 2nd Lieutenant in January 1981 and remained on active duty until September 11, 1992. Some of my assignments included serving as a Section Commander for several squadrons to include, Civil Engineering; Field Maintenance and an Aerial Port Squadron. Served as an Executive Officer to the Rhein Main Air Base, Frankfurt, Germany, Wing Commander. During my assignment in Germany, I was one of the officers responsible for the identification and processing of the 241 Marines, Sailors and Soldiers who were tragically murdered during the Bombing of the Beirut Marine Barracks in Beirut, Lebanon on October 23, 1983. I served several years overseas to include, the Philippines, Germany, England and several stateside assignments. My awards and decorations include, twice awarded the Meritorious Service Medal, twice awarded the Commendation Medal; Presidential Unit Citation Award; Good Conduct Medal with two oak leaf clusters and National Defense Service Medal. During my nineteen years on active duty, I was selected as the Military Woman of the Year; received recognition for the Best Civil Engineering Squadron in the Air Force and culminated my career with receiving The Best Child Care Center in the Air Force; 12 Outstanding Unit Awards while serving as the Director of Morale, Welfare and Recreation. As the Mobility Officer for the 509th Tactical Fighter Squadron at RAF Bentwaters in Europe, I travelled to a host of European countries to participate in tri-parte exercises with the British, French and German Air Forces. The photo submitted is taken in front of an A-10 Aircraft when I was a Captain.
Report a Problem

Harold E. Robinson
Class of 1958
Air Force, 20+ Years
Worked in medical facilities at various bases in the U.S., Germany and England. Worked in the medicl supply field the whole time except for two years when I was the First Sergeant at a clinic in England.
Report a Problem

James Doolady
Class of 1982
Air Force, 20+ Years
Currently serving in the USAF as Chief Master Sergeant. He has been serving for over 25 years in various aircraft maintenance units; which have taken him to Florida, Alaska, Nevada, New Mexico, the Republic of Korea and Germany. He was deployed during Operation Just Cause, Operation Desert Shield/Storm, Operation Southern Watch, Operation Enduring Freedom & Operation Iraqi Freedom. During his service he has received numerous awards & decorations.
Report a Problem 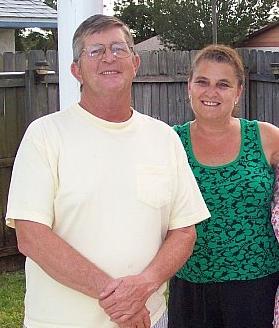 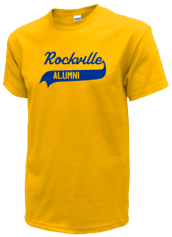 Read and submit stories about our classmates from Rockville High School, post achievements and news about our alumni, and post photos of our fellow Rams.

I am searching for fellow classmates of 1972. If any one has information on them could you please email them to Janice H...
Read More »

View More or Post
In Memory Of
Our Rockville High School military alumni are some of the most outstanding people we know and this page recognizes them and everything they have done! Not everyone gets to come home for the holidays and we want our Rockville High School Military to know that they are loved and appreciated. All of us in Vernon are proud of our military alumni and want to thank them for risking their lives to protect our country!