Have you lost your Ridge High School class ring? Have you found someone's class ring? Visit our Red Devils lost class ring page to search for your class ring or post information about a found ring.

Bob Hospodar
Class of 1978
Navy, 20+ Years
Surface Warfare Officer. Commanded USS ORIOLE (MHC-55) and USS JARRETT (FFG-33). Recently completed a tour as the Operations Officer for Carrier Strike Group ELEVEN on board USS NIMITZ (CVN-68) and transfered to shore duty at Naval Mine and ASW Command in San Diego. Lots of time in the Arabian Gulf and Middle East over the years!
Report a Problem

David M. Hayworth
Class of 1967
Army, 8 Years
CPT with the 94th General Hospital USAR. Activated for Desert Storm from January 1991 to May 1991.
Report a Problem

Ed Esposito
Class of 1992
Marine Corps, 12 Years
Spent 12 years on active duty after graduating college. Stationed in California for 8 years, and Washington DC for four. Separated in June of 2008 at the rank of Major.
Was an honor to serve....wonderful experience- got to see the world, go to war, serve with a few good men and women and have a blast while doing so.

Frank Ballinger
Class of 1970
Air Force, 20 Years
I graduated from the AF Academy in 1974 then went on to pilot trading, earning my wings in the summer of 1975. I went to F-4 Phantom training in Florida for a year. My first operational assignment was at Soesterberg AB in the Netherlands where is flew brand new F-4Es and learner the fighter role in warfare. In 1978 I was selected to transition to the F-15 Eagle and stayed at Soesterberg to again fly brand new aircraft. In the Summer of 1980 I was reassigned to Luke AFB, AZ to be an F-15 Instructor Pilot. After 18 months I was picked to be part of the first cadre to teach at the Royal Saudi Air Base at Dhahran. I spent two years teaching while also keeping an eye on the Iran-Iraq war taking place next door. In early 1984 I was sent to the Air Force Training Command pilot training base at Williams AFB, AZ. I was promoted to Major and was the Section Commander in the T-38 squadron until 1987. I was then sent back to Langley AFB as a Flight Commander of the 27th Tactical Fighter Squadron once again flying the F-15. In late 1989 I was reassigned as the Manager of the Air Combat Training Range at Decimomannu, Sardinia. I was promoted to Lt Col while there. In January 1991, I was “hurried” to the Pentagon on January 15th, the day before the Gulf War began. I was one of the only F-15 pilots there and helped the Senior Leadership understand the air to air side of the war. I worked at the Pentagon until late 1994 when I retired from the AF. I wouldn’t trade the experience and the friends I made along the way for anything and would do it all over again!
Report a Problem

Fred Crafferty
Class of 1968
Army, 3 Years
I served in the Infantry with the 101st Airborne in Vietnam.
Report a Problem

James Walker
Class of 1996
Army, 5 Years
Served Proudly in Iraq and other deployments.
Report a Problem

Kendall (Ken) Wallin
Class of 1972
Army, 20+ Years
Served in a series of staff and command positions for 25+ years, culminating in battalion command in Southwest Asia (Bahrain). Retired in central Texas.
Report a Problem 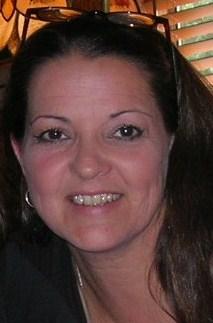 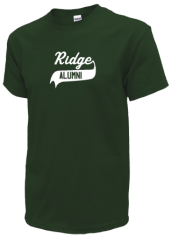 Read and submit stories about our classmates from Ridge High School, post achievements and news about our alumni, and post photos of our fellow Red Devils.

The Ridge Boys Basketball Team will host Hillside on Sat, Feb 6 at 1 PM for its newly-established Homecoming Game! The R...
Read More »

View More or Post
In Memory Of
Our Ridge High School military alumni are some of the most outstanding people we know and this page recognizes them and everything they have done! Not everyone gets to come home for the holidays and we want our Ridge High School Military to know that they are loved and appreciated. All of us in Basking Ridge are proud of our military alumni and want to thank them for risking their lives to protect our country!