Have you lost your Richmond-burton High School class ring? Have you found someone's class ring? Visit our Rockets lost class ring page to search for your class ring or post information about a found ring.

Charles Bock
Class of 1970
Navy, 4 Years
was member of VA-22 squadron stationed in Lemore California. Did 3 cruises aboard U.S.S Coral Sea Aircraft Carrier. Two cruises were in Vietnam War Conflict and one was in peacetime.
Worked on A7-E Corsair jet aircraft

CHIARA NIEDERMAYER
Class of 2004
Coast Guard, 1 Years
RIGHT NOW A NON-RATE, BUT GOING TO BE A GUNNERS MATE.
Report a Problem

Darlene Holmen
Class of 1974
Navy, 20+ Years
Entered the Navy in 1975 as a Radioman. Commissioned as an LDO in 1987. Retired in 2005 leaving the service as the first female promoted to the rank of Commander in the LDO 619X community. One of my proudest moments was commmissioning my son into the Air Force.
Report a Problem

Jeffrey Harm
Class of 1983
Navy, 8 Years
Served 8.5 years in the U.S. Navy with two tours of duty in the Persian Gulf one being Desert Storm.
Report a Problem

Michael Pecher
Class of 2005
Air Force, 6 Years
Air Traffic Controller since July 2007. No deployments yet, but will most likely deploy in summer of 2010. Six year service commitment.
Report a Problem

Ricardo Ciccotosto
Class of 1977
Marine Corps, 8 Years
USMC Embassy Duty, Foriegn countries of the Middle East and Europe. Met and guarded/protected Diplomats from White House to Kings and Queens and Ambassadors from Foriegn Countries and Dignitaries from the U.S.
Report a Problem

Shawn Erickson
Class of 2000
Army, 6 Years
Served 6 years in the US Army, in Fort Sill, mostly, had one year long tour to Iraq. Got out as a Sergeant.
Report a Problem 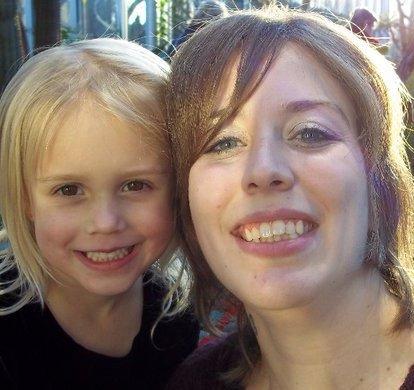 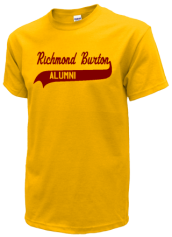 Read and submit stories about our classmates from Richmond-burton High School, post achievements and news about our alumni, and post photos of our fellow Rockets.

RBCHS Alumni Reunion (For all years)

Please go to the search reunion section to learn more about this and every years RBCHS alumni (all years) reunion.
...
Read More »

View More or Post
In Memory Of
Our Richmond-burton High School military alumni are some of the most outstanding people we know and this page recognizes them and everything they have done! Not everyone gets to come home for the holidays and we want our Richmond-burton High School Military to know that they are loved and appreciated. All of us in Richmond are proud of our military alumni and want to thank them for risking their lives to protect our country!