Have you lost your Reed High School class ring? Have you found someone's class ring? Visit our Raiders lost class ring page to search for your class ring or post information about a found ring.

IN LOVING MEMORY OF William "Billy'”Paul Stuersel III who was born on July 28,1969 in San Jose, Ca. and passed away of natural causes on June 27, 2006. Billy worked for Sierra Pacific Power at the Tracy Power Station and at Fireplace Distributors of Nevada. He is a graduate of Reed High School and the University of Nevada, Reno. He played football for New Mexico State University. He was known as the "Sackman", having held the quarterback sack record for many years. He was an outstanding man who loved athletics, the outdoors, and brought a smile and happiness to everyone. Billy is survived by his Mom and Dad, Bill and Marie; brother, Jimmy and his family, Alys, Destiny, Lindsay and Kyle; grandmother, Gladys Fashing; grandparents, Bill and Ruth Stuersel; numerous aunts, uncles, and cousins. He is also remembered by his many close friends and their families. A memorial service will be held in August. A scholarship fund has been established and donations can be sent to Sierra Pacific Federal Credit Union, in memory of William Paul Stuersel III (Billy) P.O. Box 10100, Reno, NV, 89520. The family invites you to leave a condolence message in the "Family Guestbook" at the website of: www.waltonsfuneralhome.com. Walton's Sparks Funeral Home is in charge of arrangements.

Eddie passed away at home after a short illness.He is survived by his daughter, Ashley and his mother, Anita.

Jenny passed away her senior year of high school.

John E. Baugh, age 34, of Sparks, NV, passed away Wednesday, December 10, 2003 at St. Mary's Hospital. For those who knew Johnny, he could only be described as a "force of nature". No one was the same after spending him with him. He was always smiling...well, except if UCLA was losing. He was an inspiration to us all, and we will miss him terribly. Johnny will be missed by his loving wife, Dawn, and son Hunter; his parents. Bob and Gigi Baugh of Sparks; in-laws, Paul and Sharon Blacka of Susanville, CA; sister Traci Froese of Sparks; his brothers-in-law, sisters-in-law and his nieces and nephews. A celebration of his life is scheduled for Monday, December 15, 2003, at 11:30 a.m. at Summit Christian Church, Pyramid Way, Sparks. "...the time has come for my departure. I have fought the good fight. I have finished the race; I have kept the faith. Now there is in store for me the crown of righteousness, which the Lord, the righteous Judge will award to me that day"... 2 Timothy 4:6-8 In lieu of flowers, an account has been set up for Dawn and Hunter Baugh at Bank of America.

I just received a call that Matt Goldfin passed away in his sleep. Matt grew up in Sparks and lived on Lincoln Way. Matt went to Lincoln Park, Dilworth and Reed High. I believe he was 48 years old. Matts brother name is Mitch. Great patents Ieda and Sheldon Goldfin.
Matt leaves two sons.

A 1997 graduate of Reed HS, she participated in tennis, student council, track and cross-country. She proudly broke several distance running records and her passion for running was born.

Shaun was in a car accident on his way home to Reno from Southern California.

I knew him since 7th grade at Dilworth middle school. He was traveling home to be home with his family for Christmas, but never made it. He was in a car accident. I believe it was in 2001. I don't know who his wife was, but they had a baby that wasn't very old. He was in the Marine Corps. One of the recruiters from the office in Reno called to tell me, because he knew I had gone to school with him.

Tammy Tobey passed away peacefully on November 9, 2016. She was a beloved mother, sister, daughter, aunt and friend. She was born in Reno, NV on March 21, 1969 to Rose and Wayne Tobey. Tammy lived most of her life in Reno attending local schools, graduating from Reed High School and attending TMCC and UNR. She was a loving mother and enjoyed spending time with her family especially her daughter. Holidays were her favorite time decorating her home, buying and wrapping gifts for family and friends.

She is preceded in death by her Father and Grandparents. She is survived by her Daughter Darneya Rivera, longtime companion Vince Rivera, Mother Rose Tobey, Brother Randy Walker, Half-Brother Carlin Tobey, Great-Aunt Dorothy Larios and other extended family members. Per her request there will be no viewing. Funeral service will be on November 17, 2016 at 11:00am at O'Brien-Rogers & Crosby Funeral Home, 600 W. Second St. Reno, NV. Burial will follow at the Hungry Valley Cemetery with a dinner to follow at the Reno-Sparks Indian Colony gym. 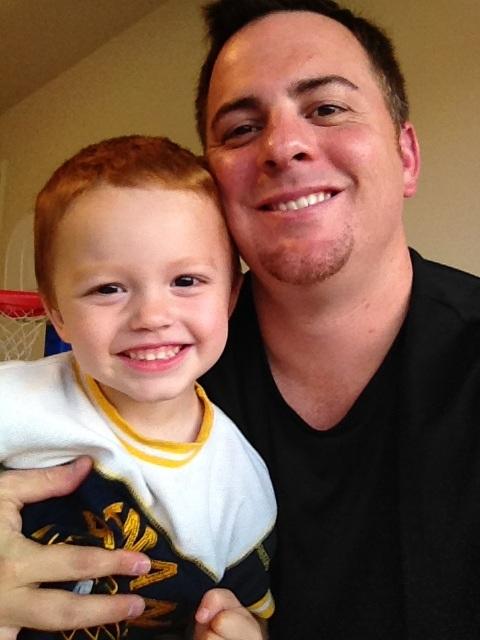 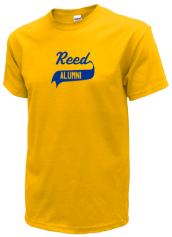 Read and submit stories about our classmates from Reed High School, post achievements and news about our alumni, and post photos of our fellow Raiders.

Hello, my name is Amelia Moler. I am a Volleyball player for Reed High School. I am a Freshmen at Reed, but play for the...
Read More »