Have you lost your Red Mountain High School class ring? Have you found someone's class ring? Visit our Mountain Lions lost class ring page to search for your class ring or post information about a found ring.

Loving mother of three. Amy passed suddenly and she is greatly missed.

Passed away 1993... Life was just too hard for this GREAT young man, so he thought... He is in our hearts and minds ALWAYS!!
Some may know him as Donny/ Donald Fredrick

Jennifer (Jen) sadly left a little boy, Tre' behind. She was a great mom and loved her son with all that she had.

Josh lived his childhood dreams of becoming a United States Marine. He passed away in early 2004 as a result of severe burns to his body after a camping accident. In the wake of his passing there were many lives saved with the donation of his vital organs to recipients from all ove the country. Josh was loved very much by his family, friends, and his brothers and sisters in arms of the United States Marine Corp.

This sweet young girls life was taken by the nature we all love and take for granted... She drowned her senior year in the Salt River... She will be missed and loved by many!
I think it was 1996??

Cooper, Kristyn Marie 20, Mesa, AZ, passed away 2/4/09. Loving daughter of Pat and Jackie Cooper, best friend to sister Kelsey. Adoring granddaughter of Vince/Connie D'Amico and Frank/Stella Studzinski (deceased), and godchild of Gary Studzinski (uncle) and Karen Rourke (aunt), all from Allen Park, MI. Kristi graduated from RMHS 5/07. As a senior, she was selected for the MPS Cosmetology Program, attending night school at Earl's Academy of Beauty, graduating 9/07. While in school she also worked at Amazing Jake's, Mesa, receiving several promotions during her time there. 10/07, Kristi received her license from the AZ Board of Cosmetology and worked as a Stylist Assistant in Rolf's Salon, Scottsdale. While there, Kristi attended night school at Maxima Makeup Artistry, Scottsdale, receiving her Certificate in the profession of Makeup Artistry12/13/07. Kristi pursued a career in makeup artistry during 2008 and was involved as a makeup artist for model shoots, magazine layout, local TV commercial and two local movies filmed in Scottsdale and Avondale. 8/08 she was accepted into Joe Blasco Makeup Center, Hollywood, CA, receiving her Certificate in Advanced Prosthetic and Special Effects Makeup Artistry 11/7/08. Kristi returned to AZ to continue her makeup profession in the movie/film industry. As shown in her career choice, Kristi was a true artist who was talented and creative. She also had a musical talent and could play piano, viola, violin and guitar. She was beautiful, fun-loving and carefree, making friends with everyone she met. She leaves behind many who love her dearly-her parents, sister, grandparents, aunts, uncles, cousins, dearest boyfriend Matt and all her friends. Love to you always Kristi-be happy-you will be in our hearts forever. In honor of Kristi's life, a visitation will be held Monday, February 9, 2009 5:00-8:00 p.m. at Queen of Heaven Mortuary, 1562 E. Baseline Rd., Mesa, AZ with a Vigil Service at 7:00 p.m. A Funeral Mass will be held Tuesday, February 10, 2009 at 9:00 a.m. located at St. Bridget Catholic Church 2213 N. Lindsay Rd., Mesa, AZ, with a committal service to follow at Queen of Heaven Cemetery.

Mark lost a courageous 3 yr battle to cancer in July, 2005..leaving behind his wife, family and many friends.

Michael Dewayne left behind a daughter, family and MANY friends. He lost his battle to cancer that he fought so hard against.

Michelle left behind her high school sweetheart and husband.

My sister left this world on January 4, 2011. She was a bright light that helped others to find their way. I miss her everyday. She left behind 2 sons who she loved very much.

Even though those of us who knew her well, were aware that she would leave this earth too early, it was still sad, shocking news to hear. I miss her every day. R.I.P. my friend.

Victoria passed in a automobile accident on the I-17 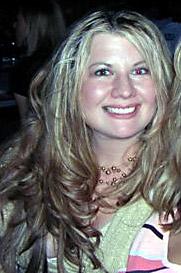 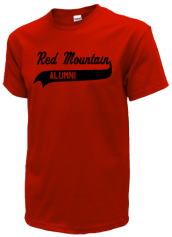 Read and submit stories about our classmates from Red Mountain High School, post achievements and news about our alumni, and post photos of our fellow Mountain Lions.