Have you lost your Raytown High School class ring? Have you found someone's class ring? Visit our Bluejays lost class ring page to search for your class ring or post information about a found ring.

Brian Schmidt
Class of 2001
Army, 9 Years
Joined before we graduated. Has since spent 14 months in Baghdad Iraq and soon will be doing a tour in Afghanistan
Report a Problem

Jay W. Gradinger
Class of 1970
Army, 20+ Years
Commissioned in 1974 through the ROTC Program at Central Missouri State University, 12 years active duty as a Field Artillery/MP Officer in Korea,, Germany, Central America and various bases in the US. Entered the Kansas National Guard in 1987 as a Field Artillery Officer and also served in MI positions. Retired in 1997.
Report a Problem

Ron Forristal
Class of 1989
Marine Corps, 17 Years
Has served for the last seventeen almost eighteen years deplying numerous times. Has served in the Gulg War 90-91, Operation Iraqi Freedom 2003, and 2005, and is now currently deployed to Afganistan.
Report a Problem

After retirement worked for General Dynamic's and Lockheed Martin, Training soldiers both outside US and in the US. 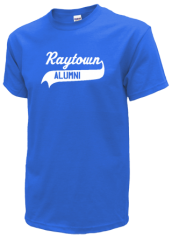 Read and submit stories about our classmates from Raytown High School, post achievements and news about our alumni, and post photos of our fellow Bluejays.

Thank you for your service. Our country is indebted to you
Read More »

View More or Post
In Memory Of
Our Raytown High School military alumni are some of the most outstanding people we know and this page recognizes them and everything they have done! Not everyone gets to come home for the holidays and we want our Raytown High School Military to know that they are loved and appreciated. All of us in Raytown are proud of our military alumni and want to thank them for risking their lives to protect our country!