Have you lost your Quincy High School class ring? Have you found someone's class ring? Visit our Orioles lost class ring page to search for your class ring or post information about a found ring.

Brandon Fisher
Class of 1999
Army, 7 Years
Completed 7 years in the Army and served two tours in Iraq as well as 3.5 years in Italy.
Report a Problem

Matthew Barry
Class of 1998
Army, 3 Years
Currently on 2nd deployment to Iraq, stationed at FT BRAGG, NC with the 82nd Airborne Division but this deployment attached to the 101st from FT CAMPBELL, KY. Radar/Satellite/Intelligence systems operator.
Report a Problem

Scott Lutterbeck
Class of 1985
Marine Corps, 20+ Years
Marine Corps Officer and pilot. Retired from active duty in 2009 and now living in Arizona and working for SAIC.
Report a Problem

Scott Lutterbeck
Class of 1985
Marine Corps, 20+ Years
Now retired; 24 years 2 months 13 days service. Huey helo driver. Greatest job I could ever have and served with the best America has to offer.
Report a Problem 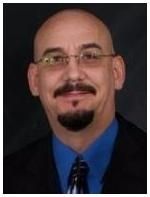 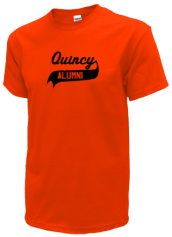 Read and submit stories about our classmates from Quincy High School, post achievements and news about our alumni, and post photos of our fellow Orioles.

View More or Post
In Memory Of
Our Quincy High School military alumni are some of the most outstanding people we know and this page recognizes them and everything they have done! Not everyone gets to come home for the holidays and we want our Quincy High School Military to know that they are loved and appreciated. All of us in Quincy are proud of our military alumni and want to thank them for risking their lives to protect our country!