Have you lost your Platteville High School class ring? Have you found someone's class ring? Visit our Hillmen lost class ring page to search for your class ring or post information about a found ring.

Bob Campbell
Class of 1980
Army, 20+ Years
Lt. Colonel Robert K. Campbell retired from the Army in June of 2006 after 21 years of service. At the time of his retirement, Campbell was an investigator and subject matter expert for the Department of the Army Inspector General.
Report a Problem

CeCe Williams
Class of 1964
Army, 4 Years
Personnel Actions Spec. Ft. Jackson for boot camp and AIT. Fort Dix. then Weurzburg, FRG, and then finally the Letterman Army Hospital, at the Presidio of San Francisco. What a wild ride it was for those four years. Went in when I was 30 years old, and beat the pants off some of those 18 year olds in boot. Yahoo.
Report a Problem

Christine Munson
Class of 2000
Air Force, 6 Years
I went to Basic in July 2000 and finished Tech School in March 2001.
Report a Problem

David Grimes
Class of 1988
Air Force, 19 Years
tSgt. David Grimes has served in the U.S. Air Force since leaving high school and has risen to rank of tSgt. tSgt. Grimes has served his country honorably for nearly 20 years, most of it overseas. tSgt. is currently serving in Iraq.
Report a Problem

Kathy Ramsay Jeffrey
Class of 1973
Marine Corps, 4 Years
Served as a combat journalist/photographer in Okinawa, Japan, and Camp Pendleton, Calif. Received three DOD and 12 Marine Corps awards for outstanding journalism. Signed up with Colorado Army National Guard and was activated for Desert Storm where coordinated training of civilian media teams for deployment to the Mideast.
Report a Problem

Randy Merkes
Class of 1982
Army, 20+ Years
Randy served for 20 years in the Army. He performed many different types of jobs through out his career. Randy is still serving as an Army Civilian in Korea.
Report a Problem

Randy Merkes
Class of 1982
Army, 20+ Years
Served for 20 years on active duty then retired and is now working as an Army Civilian. Randy did many different types of jobs in the Army. He drove for generals, served with artilery, was in the infantry and aviation. His final station Randy was involved with logistical suport as well as information management. This is where he got his skills in the IT area which benefited him to get into the government service.
Report a Problem

Tom Stecklein
Class of 1974
Army, 8 Years
4 years in armor, 3 years as a Drill Sergeant,1 as Drill instructor at the Academy
Report a Problem 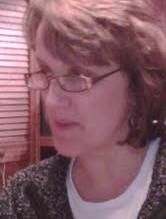 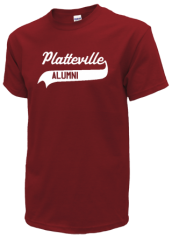 Read and submit stories about our classmates from Platteville High School, post achievements and news about our alumni, and post photos of our fellow Hillmen.

View More or Post
In Memory Of
Our Platteville High School military alumni are some of the most outstanding people we know and this page recognizes them and everything they have done! Not everyone gets to come home for the holidays and we want our Platteville High School Military to know that they are loved and appreciated. All of us in Platteville are proud of our military alumni and want to thank them for risking their lives to protect our country!