Have you lost your Plainedge High School class ring? Have you found someone's class ring? Visit our lost class ring page to search for your class ring or post information about a found ring.

the coach passed away from psrkinsons disease in 2005, after being in a assisted living facility for a few years. thankls to all the Plainedge alunmi who made it a point to visot him and to send cards.

Andrew Babyak passed on in March of 2008 in Charlotte, NC. He was my confidant, drinking buddy, cousin (for a year, believe it or not), partner in crime, and one of my longest standing friendships (like, since diapers).

May he rest in peace.

Bruce Loren passed away June 28, 2012. He practiced family law in Massapequa and was a strong advocate for children. He leaves behind his wife and two daughters.

Shortly after graduation, Denise Steiger passed away from complications related to a motor vehicle accident at least ten years ago.

NYPD killed in the line of duty. Great guy great friend I miss and think of him everyday and what could have been

With great sadness we announce the passing of Edward Alexander Amendola, loving father and brother.
Edward, 71, of Middle Island, NY passed peacefully from heart failure on March 19, 2020. He was born in the Bronx, NY to the late Edward and Ella Amendola on July 9, 1948.
Better known as Ed, he grew up in North Massapequa, graduating from Plainedge High School in 1966 and later went on to graduate from Colgate University in 1970.
He was a part of the Shoreham-Wading River community for many years, where he raised his family.
Ed had a passion for sports and fitness, and you could often find him playing on the neighborhood baseball field, basketball court, or working out at the gym. He also loved to spend time with his children and extended family at yearly reunions, which brought him the most joy. He was an avid music lover and known for his quick wit, humor, and his charming and affable personality.
He is survived by his three children Steven, Daniel and Kristen, sister Elise and brother Carl.

My "Frankie" succumbed to Idiopathic Pulmonary Fibrosis in NC at age 53. He left behind his devoted childhood sweetheart and best friend, his wife, Elaine Misiti, 2 children and 6 grandchildren. Another Angel is in heaven...Not a day goes by that I don't think of my friend, my confidant, my brother. (Frankie did not graduate with his class.)

Will always be in my heart
Skip Borowiec 1963 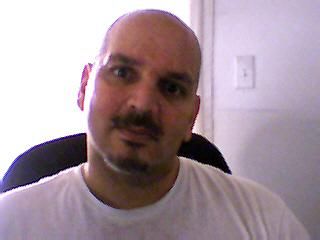 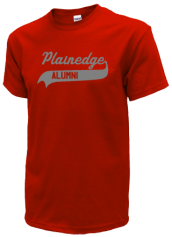 Deborah Mann, class of 1969 has been an Art Director in media studies and now has started Camp T.E.C.H.; Tomorrow's Educ...
Read More »