Ten Pittsburg High School graduates, ranging from the class of 1947 to the class of 1987 will be inducted into the Pittsburg Entertainment & Arts Hall of Fame on Saturday, Oct. 5 at the Pittsburg Youth Development Center (1001 Stoneman Ave.).
The 2019 Induction Class has 15 Inductees, including the popular singing trio Vocal-Ease, Carol Zbacnik (PHS 1975), Julie Enea (PHS 1980) and Betsy Kohler.
Inductees range from Pittsburg historian and author Neno Aiello (PHS 1947) to gospel performer Terry Blinks (PHS 1987)
Other Pittsburg High grads are performer and Contra Costa County arts commissioner LaMar Anderson (1969); technical arts mentor Chester Farrow (1961); the late singer/musician Sharonmarie Fisher (1968); the late drummer Terry Jones (1982), who will be joining his mother Theresa and father Louis as an Inductee; guitarist/bassist Ralph Ruiz (1970) and singer/performer John J. Siino III (1977).
Also being inducted are blues harmonica player Benjamin Arroyo, who is one of Pittsburg High's staunchest supports; John Christensen, who has been a featured trumpet player in a number of Pittsburg bands since the 1970s; the late legendary jazz pianist Andrew Hill, who revived his career after retiring to Pittsburg, and versatile musician Richard Lay, who attended Pittsburg schools through his junior year before moving in his senior year to help care for an ailing grandmother.
Tickets for the Induction Ceremony can be purchased for $45 at the PEAHOF website, www.pittsburgentertainmentandarts.org. Tables of eight are available for $320. Ticket sales conclude on Monday, Sept. 23. Tickets include the Induction Ceremony, entertainment and dinner catered by the New Mecca Cafe with dessert by Ramar Foods.

13 to be inducted into Pittsburg Entertainment & Arts Hall of Fame

The all-volunteer nonprofit Pittsburg Entertainment & Arts Hall of Fame will induct 13 new members at its fourth Induction Ceremony on Sunday, Oct. 8, at 2 p.m. the Creative Arts Building on the Pittsburg High School campus.
Brothers Nick and Ramiro Amador, Sal Bruno, Ann Custer, Jack French, Silvester Henderson, Jerry Lumbre, Salvatore Mercurio, Chito Perez, Bill Plummer, James Riso, Cortez Walker and David Ward will be honored.
Ten of the 13 honorees are Pittsburg High School graduates and five later worked in the Pittsburg Unified School District. A sixth, Professor Henderson, is the chairman emeritus of the Los Medanos College Music Department and choral instructor there.
There will be a Reception for the new inductees following the ceremony at the Pittsburg Sr. Center (300 Presidio Lane) which will be catered by the New Mecca Café with special dessert from Ramar Foods.
Tickets for the Induction Ceremony are $20 reserved and $10 general admission. They are available on-line at www.pittsburgentertainmentandarts.org with no service charge and are also available at the door. Tickets for the Reception are $20 and must be purchased on-line by Oct. 1.

Own a piece of your History. We are offering you a limited time opportunity to purchase an authentic Pittsburg High School Brick. These are the bricks that were a part of the old high school you attended that were dismantled to make way for the new high school. The bricks are guaranteed to be authentic. You will also receive a Certificate of Authenticity. There is a limited number of these brick available, when they are gone, they are gone. You will not have a future opportunity to take advantage of this once in a life time opportunity ever again. Remember this is your history; don’t let it pass you by. Contact us today to ensure that you have you piece of history secured.
Some friends and family have purchased the bricks as gifts for birthdays and special occasions. Please see the attachment to view a photo of the Commemorative Brick, or go to www.eddiehartaiof.org for additonal information and on line ordering process.

Check out the attached link to the Co Co Times article. I graduated Pittsburg High with Rick Pickering in 1977 - way to go!


A native Contra Costa County resident has been appointed as the new regional administrator of the Western Region of the Department of Labor. Ruben Rosalez learned of his appointment June 25.

A resident of Pittsburg, Calif., Rosalez will be the guest speaker at Supervisor Federal Gloverâ€™s Breakfast Club. The breakfast will be held at the Wedgewood Event Center, 2222 Golf Course Road in Pittsburg starting at 7:30 a.m. on July 20.

â€œWeâ€™re delighted that Ruben is speaking at my breakfast,â€ said Glover. â€œHis first public address as regional administrator will be a homecoming, of sorts.â€

Pittsburg alum Rosalez, who also served as a school trustee for the Pittsburg Unified School District, graduated from the University of the Pacific in 1987 with a B.S. in Public Administration. He began his career with the Wage & Hour Division that same year as an investigator in the Los Angeles District Office and worked his way up through various positions until 1997 when he was promoted to be the Assistant District Director in the San Francisco District Office.

In February 2007, he was promoted to serve as the Western Regionâ€™s Director of Enforcement. In May of 2009, Ruben was again promoted to assist in leading the Western Region as the deputy regional administrator, during a time of significant growth and change. Since September 2011, he has served in the role of acting regional administrator, overseeing DOL operations in eight western states.

In addition to his work, Ruben is very civic minded and involved in his community. He was active in the Pittsburg Unified School District, School Board of Trustees (elected in 2000, 2004 and 2008), Future Leader of America East Bay, Founder/Board Member Youth Leadership Program, and is an active member of Alpha Phi Alpha Fraternity, Inc. When he does find time to unwind he enjoys coaching youth wrestling and playing golfing, fishing and cooking.

Ruben still resides in his hometown of Pittsburg with three of his four children: Ruben Jr., Chica and Maya. His oldest daughter is Lazara. 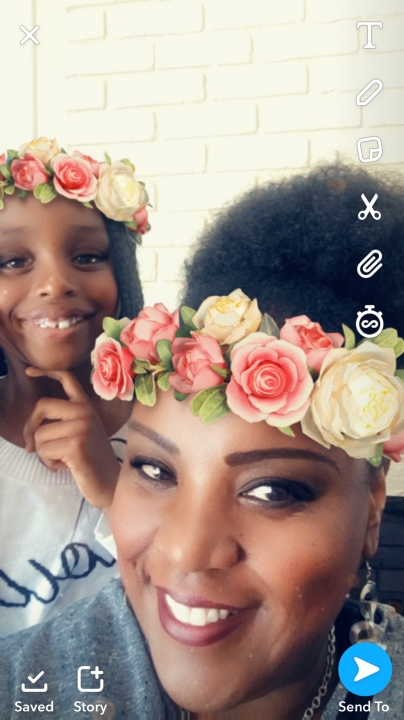 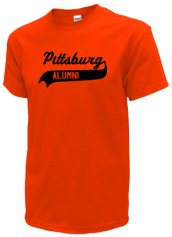 Read and submit stories about our classmates from Pittsburg High School, post achievements and news about our alumni, and post photos of our fellow Pirates.

Posting your Pittsburg High School news is easy! Enter the title for your article and all the details that explain what is happening. Please refrain from posting reunion information on this page.