Have you lost your Phoenixville High School class ring? Have you found someone's class ring? Visit our Phantoms lost class ring page to search for your class ring or post information about a found ring.

My dad was a 1940 graduate of Phoenixville Area High School. He was a retired Assistant Superintendent of Twin Valley Schools. He was a Rotarian for the Phoenixville Rotary for years.

Death was result of complications from pneumonia in 2006.( per Norma's mother in a recent note)

I wanted Mom's classmates to know that Mom passed away in the early morning hours of Wed., Feb. 6th . She had been ill since January 1st. I was holding her hand when she died.

Mom always enjoyed attending the Class of 1945 reunions. I attended the 2010 class reunion with her. Although she had not lived in Phoenixville since her marriage to Howard in 1955 (they met at Valley Forge Army Hospital- he was a corporal in the Army and she was a civilian working on the post) she had many fond memories. She shared with me how she only attended school 1/2 days, the scrap drives and how many "boys" in your class joined the service in their senior year and there were very few boys at the prom. Living on 4th Ave. she talked about the Gateway and how all the "country kids" had cars so they could come to town.

I've posted Mom's obituary below. She was a wonderful person, and a great wife, mom and MeMe. She will be missed by all of us.

Shirley Marie Smith Vogt, age 84, of West Alexander, PA passed away on Wednesday February 6, 2013, in Erie, PA, moving there after her husband’s death.

She was born on April 16, 1928 in Phoenixville, PA, the daughter of the late Leslie E. and Ethel Corbett Smith. She was the last of her immediate family

Shirley was a loving wife, mother and grandmother. She was of the Lutheran faith.

Shirley graduated from Phoenixville High School in 1945. She was a bookkeeper her entire adult life, retiring from Benedem-Tree Oil Company of Pittsburgh, PA. Shirley learned to knit in high school. Throughout her life she enjoyed both teaching the craft of knitting and counted cross stitch and making items for herself, family, and friends. She was a member and past Worthy Matron of the Order of Eastern Star, Chapter 496, Phoenixville, PA. She loved all animals, but especially dogs. Her constant companion and much-loved Pug, Olivia, will miss her. In the 1980’s Shirley bred and showed AKC Belgian Sheepdogs and was a member of the Belgian Sheepdog Rescue Trust providing shelter for many Belgian Sheepdogs until permanent homes could be found. Shirley and her family enjoyed their summer home at Holiday Camplands for 25 years. She especially enjoyed the times her grandsons came “to the lake” and fished. In her retirement, Shirley enjoyed feeding the birds; working in her flower gardens and watching her Golden Retrievers run on her property in West Alexander.

In addition to her parents, she is preceded in death by her husband, Howard Paul Vogt. Shirley and Howard were devoted to each other throughout their 52 years of marriage until his death in July of 2008. She is also preceded in death by a sister, Jane Smith Peirson, her brother-in-laws John “Jack” Peirson, Gilbert Vogt, Noland Vogt and sister-in-laws, Erna “Blondie” Nobbe Vogt and Barbara Long Vogt.

Shirley is survived by her daughter, Wendy V. Szallay and husband Frank, of Bonita Springs, FL; her son, Paul L. Vogt of Albuquerque, NM; her son James B. Vogt of Cranberry Twp, PA. Also surviving are her beloved grandchildren, Christopher P. Rusmisel of Claysville, PA; Senior Airman Adam C. Rusmisel of Cheyenne, WY and Matthew and Carolyn Vogt of Cranberry Twp, PA. MeMe Shirley, as she was called by her grandchildren, always attended her grandchildren’s events. Shirley is also survived by five nieces and nephews including William L. Peirson and his family of Bel Air, MD.

Friends and family are invited to visitation on Monday, February 11, 2013 from 10:00 am until the time of the service at 11:00 am at St. Peter’s Lutheran Church, Chester Springs, PA. Interment will follow in St. Peter’s Lutheran Church Cemetery, Chester Springs, PA. Shirley will be buried next to her husband, mother and father, sister and brother-in-law.
In lieu of flowers, memorials can be made to Therapy Dogs United; 1940 W. 8th St.; Erie, PA 16505 or Regional Home Health and Hospice; 3526 Peach St.; Erie, PA 16508.

Mr. Cooper served in the United States Air Force in Medical Services Administration at Wright-Patterson AFB, Ohio from 1969 – 1973. He met his wife Alice, while he was stationed there.

Steve was interested in projects that were technically challenging. Once a project was ?nished, he was ready for a different one. A favorite saying was “Specialization is for insects” by Robert Heinlein. He worked for The Pueblo of Santa Anna in NM, planning and implementing a unique intranet and VOIP phone system from 2000-2005. He planned and implemented new product introductions for Samsung Telecommunications in Plano, TX from 1997-99. While working with the Systems Engineering Society in Osterville, MA from 1994-97, one of their projects was working with the Canadian Federal Government, introducing the Internet to the Inuit (Connecting Nunavik Project). Another was providing communications support for the International Arctic Project and the Weber-Malakhov Expedition to the North Pole. He set up U.S. operations for Taiwanese startup, ALFA Inc. of Hsinchu, Taiwan in Hyannis, MA from 1992-94. Some of his earlier jobs were as product manager with Fibronics International in Hyannis, MA; strategic marketing manager with AMD in Sunnyvale, CA; and product line analyst with TRW Vidar in Sunnyvale, CA.

Around 2000 Steve became interested in Barbershop singing. He sang in two choruses in Albuquerque, NM, the New Mexichords, Duke City Sound and in several different quartets. After moving to NC he joined Land of the Sky chorus in Asheville and also sang with the 50’s and 60’s style Doo-wop group, “Sh-Boom”. He enjoyed attending the NC Harmony Brigade every January. Before he started singing Barbershop, he sang in his church choir. 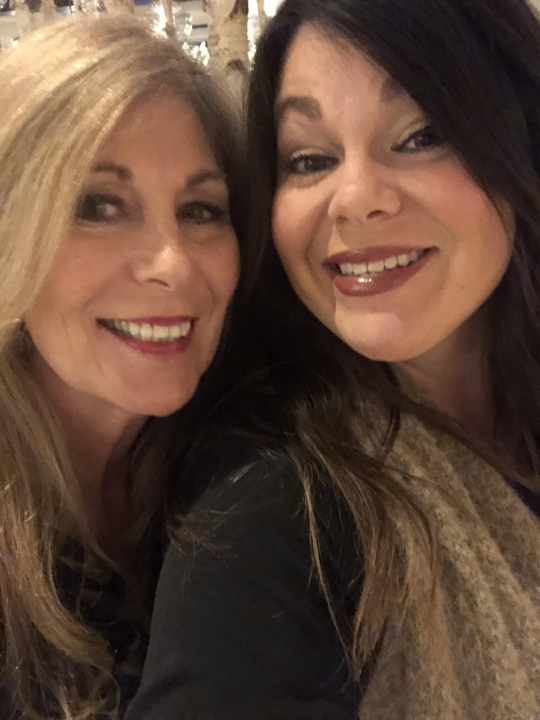 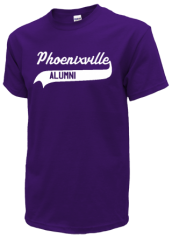 Read and submit stories about our classmates from Phoenixville High School, post achievements and news about our alumni, and post photos of our fellow Phantoms.

I tried the HS sight, dont want me, class of 76, didnt want me either. Several Jays, hey what Boy Scout troop were we i...
Read More »