Have you lost your Perryton High School class ring? Have you found someone's class ring? Visit our Rangers lost class ring page to search for your class ring or post information about a found ring.

Benny Easter
Class of 1956
Army, 20+ Years
US Army Bandmaster with over 31 yrs service. Retired in 1988 as senioe bandmaster in the Army. Senior parachutist.
Report a Problem

Billie (Bill) V Henderson
Class of 1965
Army, 20+ Years
Volenteered for the draft a 18, July 65 - Discharged July 67
Became a Combate Engineer, then a Parachute Rigger, an Paratroor in the 82nd Airborn. Made Corporal in 9 mo. very rear.
Re-entered the US Army, Resves, became a Drill Sgt, Drill Sgt Instructor Sgt, then to the medics for two years as a E-6 Staff Sgt, then moved to Jag Office as the senior NCOIC made E-7 and E-8, Master Sgt, w/standing orders to attend the Sgt Majors Acadamy, but my orders was cancelled, because I was boarded to be an officer. The 45th Infantry, OKLA, National Guard gave me A DIRECT APPOINTMENT as a 1LT Infatry Officer, skipped 2Lt, and didn't have to go to OCS. Served in TOW Inf. unit as Platoon Leader, and Executive Officer. Move to the 95th ID, made Captain, as a civilaion responsiblities grew, I transfered to the 75th Inf Division, Houston, as a Major in the Exercise/test Group as a controller, and operations officer. We exercised and tested 5th Army, units for Ready Units to be combate ready. I was later transfered to Ft Sill, Okla. 75th Div. attachment contenuing the same work as the War in Iraq grew. There I received two (2) Medals of Acomondations for outstanding work in Preperations for deployments of units slated for deployment. 1998 Retired as a Major.

I now reside in Irving,Tex, next to DFW airport.
I have a real estate investment and brokerage company. I invest in apartment complexies, and teach real estate prencipals and investmentsfor several schools.

The one thing I am most proud of is my Dad, JD Henderson. He lived in Perryton many years and retired as the GM for Loyd Jones companys.
Dad served in WW11 in the 101 Air Borne Div. He jumped Holland, France and in the Battle of the Ardines. He servied the Battle of Baston.
One of his men David Webster, was a graduate of Harvard Univ. with a degree in liturature. He took lots of notes and after the war wrote a book called the Parachute Infantry. He wrote in his book, my Dads first name 44 time and last name 11 times.

Robert Rodat, who wrote his book surrounding some of the events and men of David Websters the auther of the Book base some of the story and men and Movie "Saving Pvt Ryan", Tom Hanks stared in the move. Mr. Rodat, wrote into the book/screen play the "Saving Private Ryan" which the E Co, 506th Regiment, 101st Airborne. In the scene where Cpt. Miller and his team just entered a grassy field come upon a halftrac of Germans. There is a fire fight which included men on the other side of the halftrac, three men, elements of the E Co, 506th. The first to ID himsellf was Corporal Henderson, the man with red auburn hair, red auburn beard was my Dad.

The book written by Stephen E. Ambrose, was: "BAND OF BROTHERS", which all of the servivers of E Co 506th Regiment 101st AB signed the inside cover and signed the introduction page. The date of sigining date was June 3, 2001, three (3) months prior to the 9-11 date of the NYC attack.

Stories and men of the E Co were the thrust of the book and movie "BAND OF BROTHERS". The HBO movie's made fo TV Special Series : "BAND of BROTHERS". In the 8th series my Dads person was protrayed. His name was not mention but the charactor saw you know its my Dad by the red hair, buck sgt stripes, and a submachine gun. This series is where one of the men gets killed, Pvt Christenson. He was my Dad's best friend, and Dad said he wasn't aware of the units reunions, so he could not tell his stories. He said his friend was not killed the way the move showed. He said "I have no hard feelings, his friend died in his arms, I know how he died". This was the first and only time I ever saw Dad cry.

About four months before Dad passed, he called to check on me; he was always checking on me, Dad told me how proud he was of me, finishing school, joining the Army, becoming a Paratrooper, making the Army a career, getting a college degree in Real Estate, teaching real estate. The best compliment he gave me, he said "the smartest thing I ever did was to marry the best, most beautiful girl, and smartest girl Vicki L. Libbs from Bryans Corner. I couldn't agree more. 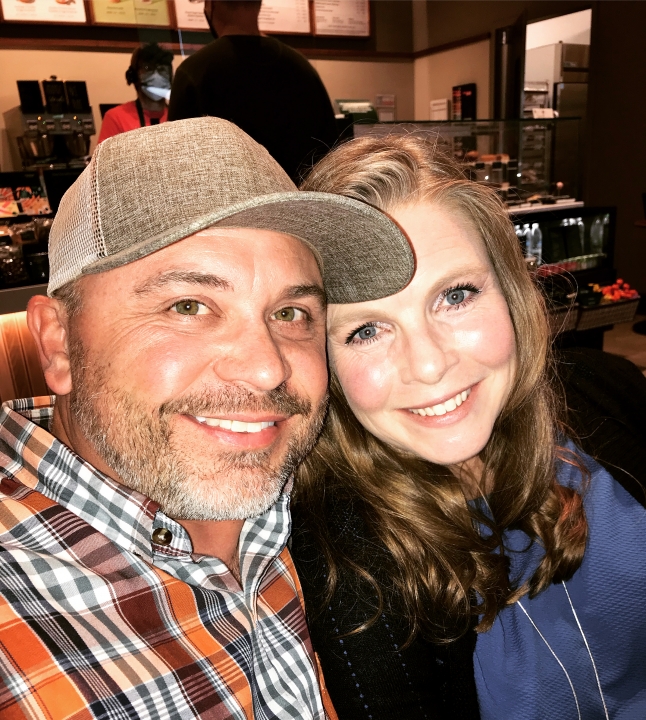 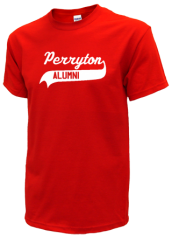 Read and submit stories about our classmates from Perryton High School, post achievements and news about our alumni, and post photos of our fellow Rangers.

View More or Post
Our Perryton High School military alumni are some of the most outstanding people we know and this page recognizes them and everything they have done! Not everyone gets to come home for the holidays and we want our Perryton High School Military to know that they are loved and appreciated. All of us in Perryton are proud of our military alumni and want to thank them for risking their lives to protect our country!