Have you lost your Perkins High School class ring? Have you found someone's class ring? Visit our Pirates lost class ring page to search for your class ring or post information about a found ring.

Kevin Cummings
Class of 1983
Navy, 8 Years
Served aboard the USS Stark (FFG-31) as a Gas Turbine Electrician. While patrolling the Persian Gulf in 1987, the Stark was hit by two Exocet missiles fired from an Iraqi Miage fighter, which killed 37 shipmates.
Report a Problem

Kevin Cummings
Class of 1983
National Guard, 2 Years
Served as a Human Resource Manager with the 612th Engineering Batallion. The unit lost one soldier to an IED in its year in Iraq.
Report a Problem

Upon completion of the Motor Transport Maintenance course Private First Class Hudson was assigned the MOS; Organizational Automotive Mechanic in October 1995 and subsequently reported to 2nd Maintenance Battalion, 2nd Force Service Support Group, Camp Lejeune, North Carolina for duty with Motor Transport Maintenance Company where he served as a Floor Mechanic as well as Contact Team Mechanic. In February 1996 Private First Class Hudson was promoted to Lance Corporal. Then in June that same year he was meritoriously promoted to the rank of Corporal.

After retuning to the United States, Sergeant Hudson reported back to Motor Transport Maintenance Company in May 1998 where he served as Floor Chief and Platoon Sergeant. In January 1999 Sergeant Hudson once again reported to Marine Corps Combat Service Support School to attend the Automotive Intermediate Maintenance Course, in which he was the honor graduate.

Upon return from Iraq, in September 2004, Chief Warrant Officer Hudson was responsible for the reconstitution of the Battalionâ€™s Motor Transport assets and all associated equipment readiness. His sections contributions were critical in ensuring that the was able Battalion to conduct a Battalion level Artillery Live Fire Exercise just 13 training days after returning from their Provisional Military Police mission in Iraq.

In October 2005 Chief Warrant Officer Hudson was assigned to the Officer Conducting Exercise (OCE) Staff, Mojave Viper Support Detachment as the I MEF Maintenance Officer. During his tour he was responsible for the Material Readiness of all the I MEF units participating in OIF/OEF pre-deployment training.

In June 2006 Chief Warrant Officer Hudson transferred to Marine Corps Air Station Iwakuni, Japan for duty as the Station Motor Transport Officer and Garrison Mobile Equipment Fleet Manager. He served as an essential member of various planning teams that provided Station leadership and Naval Facilities Engineering Command (NAVFAC) Pacific advice and recommendation in the development of the transportation requirements for the Iwakuni Master Plan in support of the Defense Policy Review Initiative (DPRI). He identified increased operation and maintenance capability needed in support an effort that would double the number of residents of MCAS Iwakuni over a six to eight year period as well as facilities to support.

In November 2007 Chief Warrant Officer Hudson deployed as an Individual Augmentee in support of Operation Iraqi Freedom. He was assigned to the Multi-National Security Transition Commandâ€“Iraq, where he served as the Ministry of Defense Maintenance Officer within the J4. During his tour, he provided training and assistance to Iraqi leadership in fundamentals of equipment maintenance and fleet management. He supervised 10 Iraqi maintenance facilities which had been contractor run and eventually transitioned to Iraqi Security Force management. The culmination of Chief Warrant Officer Hudson's contribution to the Iraqi Ministry of Defense was the initiative he led that provided enhanced combat power to the Iraqi Security Forces by providing them up to 8,500 refurbished Up-Armored HMMWVs that had been displaced by the introduction of the MRAP and the downsizing of the coalition footprint. In March 2008, while serving in Baghdad, Iraq, Chief Warrant Officer-2 Hudson was promoted to the rank of Chief Warrant Officer-3.

Upon completion of his deployment in May 2008, Chief Warrant Officer Hudson resumed his duties at Marine Corps Air Station Iwakuni.

Chief Warrant Officer Hudson is married to the former Karin Maag of Sandusky, Ohio and they have two sons: Zachary (9) & Joshua (4). 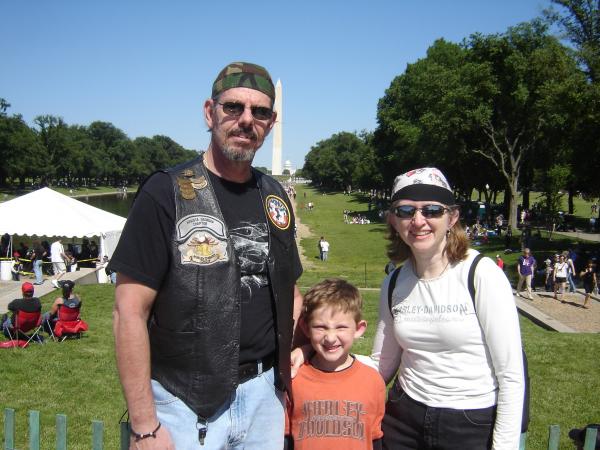 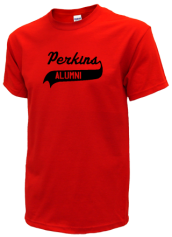 Read and submit stories about our classmates from Perkins High School, post achievements and news about our alumni, and post photos of our fellow Pirates.

Post Your News
In Memory Of
Our Perkins High School military alumni are some of the most outstanding people we know and this page recognizes them and everything they have done! Not everyone gets to come home for the holidays and we want our Perkins High School Military to know that they are loved and appreciated. All of us in Sandusky are proud of our military alumni and want to thank them for risking their lives to protect our country!