Have you lost your Penn-Trafford High School class ring? Have you found someone's class ring? Visit our Warriors lost class ring page to search for your class ring or post information about a found ring.

Arnold lived in Bumpass, VA. He was a mortgage loan closer for Sun Trust Mortgage.

On September 15, 2016, Brian had a pacemaker: Things seemed normal until October 9, 2016, when he thought he had come down with the flu. However; the next four days turned out for the worst. His wife Judy had begged him to go seek help but instead he ended up in the Emergency Room at St. Luke's In Ketchum early In the morning of
October 13, 2016. He was diagnosed with sepsis, which Is a life threatening
blood infection. Within a short period of time, he was life flighted to St. Luke's Magic Valley in Twin Falls, ID where he passed away.

Colleen passed away at home. She had been ill for a while with a stomach ailment for which she was seeking medical attention. Unfortunately, she passed away unexpectedly at home while sleeping in her bed. She is survived by her son Nicholas and her parents as well as her sisters.

After a courageous, four-year battle with breast cancer a very lovely, happy classmate of ours has gone on to touch the face of our Lord. May she rest in peace, and may her family be comforted by His loving compassion for all of us.

Donna was always great fun in High School. Unfortunately she had a stroke 2 years ago and never seemed to bounce back. She was predeceased by her husband, L. Stough.

Jeffrey Michael Gillen, 37, of Penn Township, Westmoreland County, passed away Wednesday, September 9, 2009, while in the company of his loving wife, adoring mother, and devoted sisters. Jeff was born November 16, 1971, in Pittsburgh, a son of Bonnie Lou (Bouma) Gillen and the late Michael Francis Gillen. He graduated from Penn-Trafford High School in 1990, was educated at Westmoreland County Community College where he received a degree in Criminal Justice, and attended Indiana University of Pennsylvania Police Academy Training Center. Jeff was a Law Enforcement Officer for the Penn Township Police Department for 9 years (retired 2007 due to injuries sustained in the line of duty). There he served as a Patrol Officer, D.A.R.E. Officer and S.R.O serving the Penn-Trafford School District, Tactical Response Team member, and Narcotics Investigations Team member. He also served as a judge appointed (1996) and elected (1997) Constable for Penn Township. Jeff was currently employed at the Driver and Photo Exam Center in Westmoreland County. He recently ran a spirited campaign for Magisterial District Justice in Penn Township, Trafford, and Manor during which time he met and talked with many members of his community; he greatly enjoyed the opportunity to run for the office and his family and friends are so proud of his hard work and effort. Jeff received many honors during his time of service with the Penn Township Police Department which include: Policeman of the Year by the Norwin Elks; Citizen of the Year by the Murrysville Star; and several Official Citations from the Commonwealth by the House of Representatives of Pennsylvania. In his own words, Jeff was dedicated to maintaining the safety and overall security of others and facilitating peace in his community.

Jeff was full of charm, wit, and generosity; and he was an uniquely loving husband; son; brother; uncle; grandson; nephew; cousin; and friend. He genuinely enjoyed socializing with his many friends and family members (sharing his impressive volume of knowledge about history, politics, and religion;) relaxing while playing various games, supporting his favorite sports team (Steelers season ticket holder,) vacationing at the beach, listening to his favorite music, and creating special memories with his beloved wife and their energetic golden retriever. Jeff's courage throughout his life and career is an inspiration to all who knew him. Jeff will be dearly missed and forever loved.

The Jeffrey M. Gillen Memorial Law Enforcement Scholarship has been established by his wife, Tina Gillen, to honor the service and commitment of Patrolman Gillen to the students of the Penn-Trafford School District and the citizens of Penn Township.

This scholarship, offered in collaboration with the Penn Township Police Department, is designed to provide financial support to a student of the Penn-Trafford School District who will dedicate himself or herself to "serve and protect" by pursuing a career in law enforcement.

Friends who wish to honor their fellow classmate may do so by making a donation to the Community Foundation of Westmoreland County (951 Old Salem Road, Greensburg, PA 15601) and specify that the contribution is for the Ptlm. Jeffrey M. Gillen Memorial Scholarship Fund.

Kenneth Roy George, Sr. passed away on March 11, 2011.
He had been living in Roanoke, VA at the time of his death.
You may contact his daughter, Marilyn George Duncan: mgd.on.fire@gmail.com

Mark passed away while mountainclimbing with fellow Mountaineers in the North Cascades. He died with one of his best friends while trying to rescue a fellow climber who was hurt in a rock slide. He was married at the time of his death, and also was living in Bellevue Washington. After high school, Mark joined the Marine Corps and served in the Gulf War. He will be missed by all of us.
12 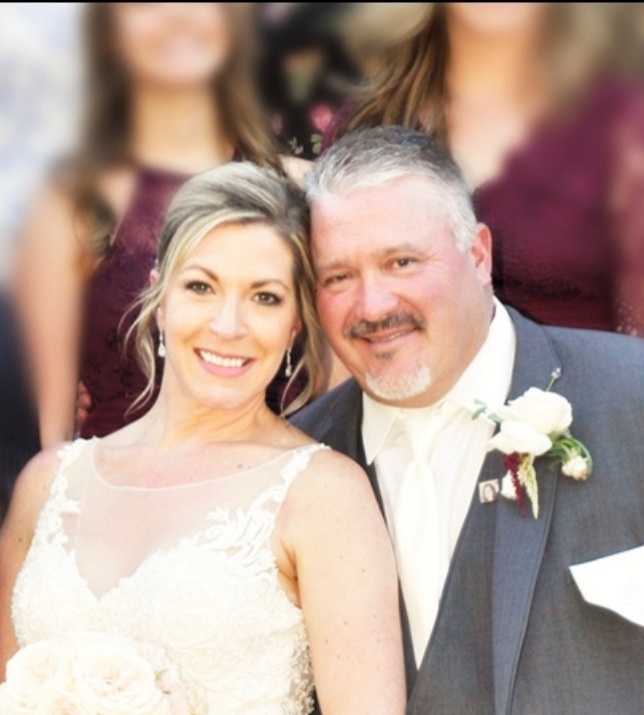 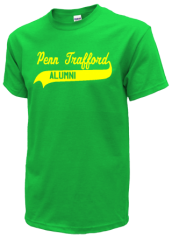 Read and submit stories about our classmates from Penn-Trafford High School, post achievements and news about our alumni, and post photos of our fellow Warriors.