Have you lost your Pearl River High School class ring? Have you found someone's class ring? Visit our Pirates lost class ring page to search for your class ring or post information about a found ring.

Constance M. Enright
Class of 1970
Army, 20+ Years
Served as a Military Intelligence officer in a variety of staff and command assignments. In 1979 assigned to the Republic of South Korea as an intelligence analyst. In 1981 graduated from Indiana University, Bloomington, with a Masters degree and subsequently assigned to the Office of the Commandant, USMA, West Point. In 1987 graduated from the Command and General Staff College. Served multiple counter-drug assignments, augmenting various federal law enforcement agencies. Retired in 2011 as a Lieutenant Colonel.
Report a Problem

Marc Medina
Class of 2001
Army, 4 Years
Leaves for Afghanistan next month. Farewell party for him at the Saloon in Pearl River this Friday night, 8pm.
Report a Problem

Stephen Alter
Class of 1973
Army, 3 Years
Went to many places and learned many things about life.
Report a Problem 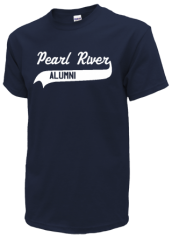 Read and submit stories about our classmates from Pearl River High School, post achievements and news about our alumni, and post photos of our fellow Pirates.